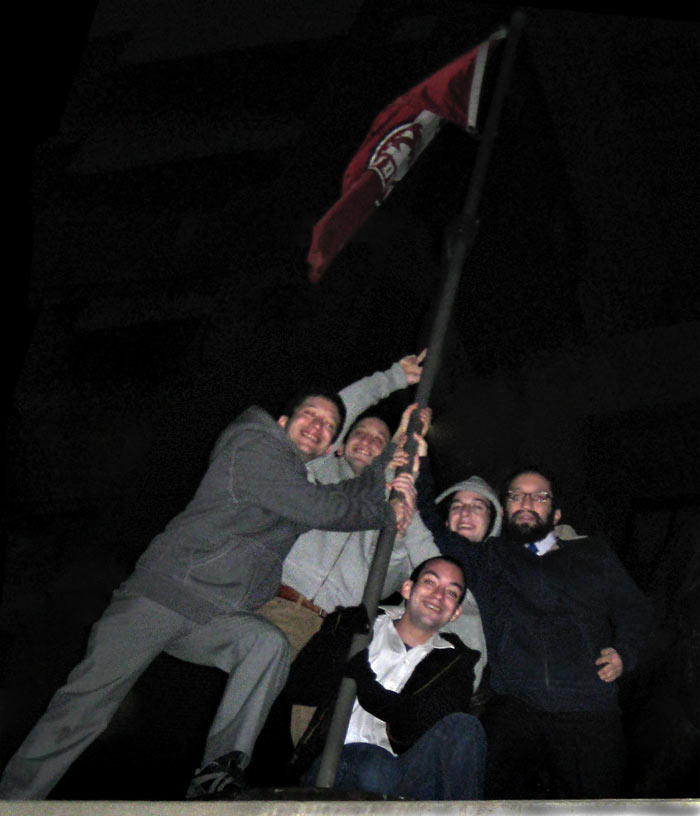 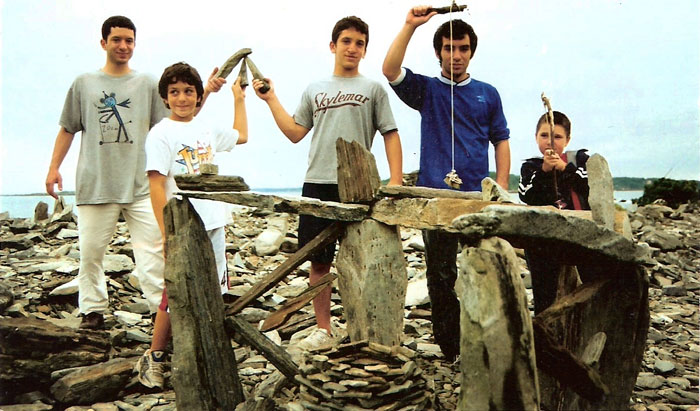 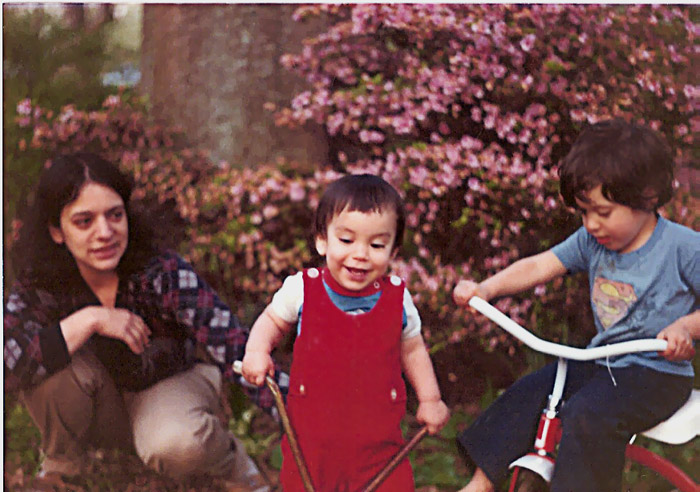 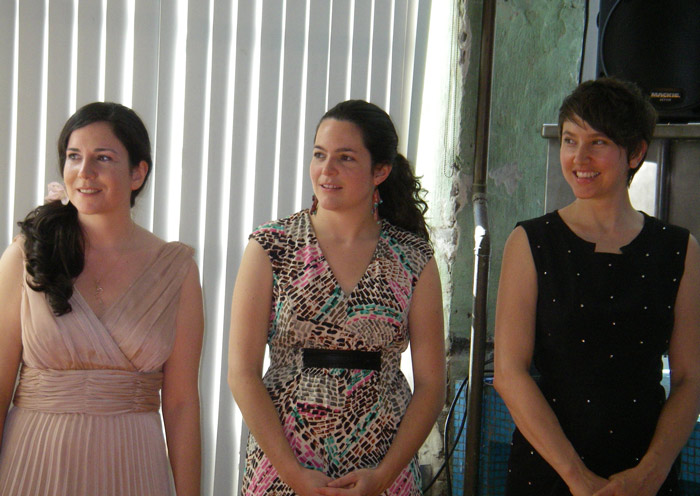 Before last weekend's wedding, Bonnie the bride rehearsed with her attendants: her sister Caroline and longtime friend Katie. After the wedding, John the groom goofed around with his attendants: his brothers Ted, Joe, Allen, and Hank. 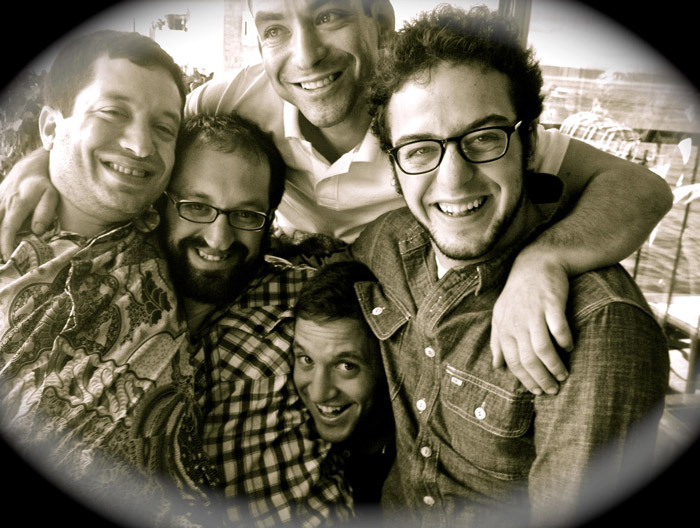 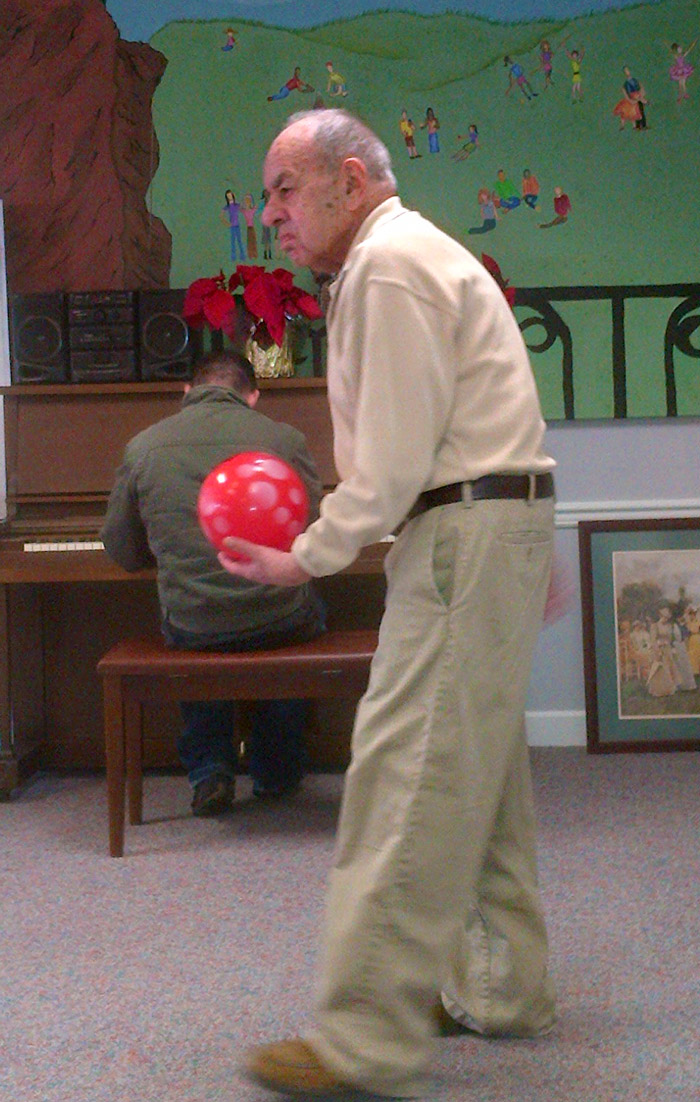 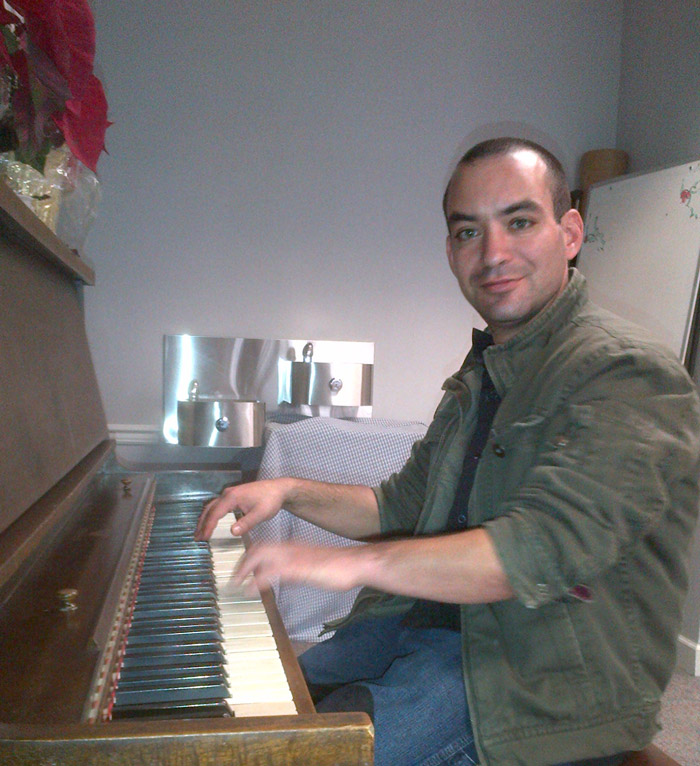 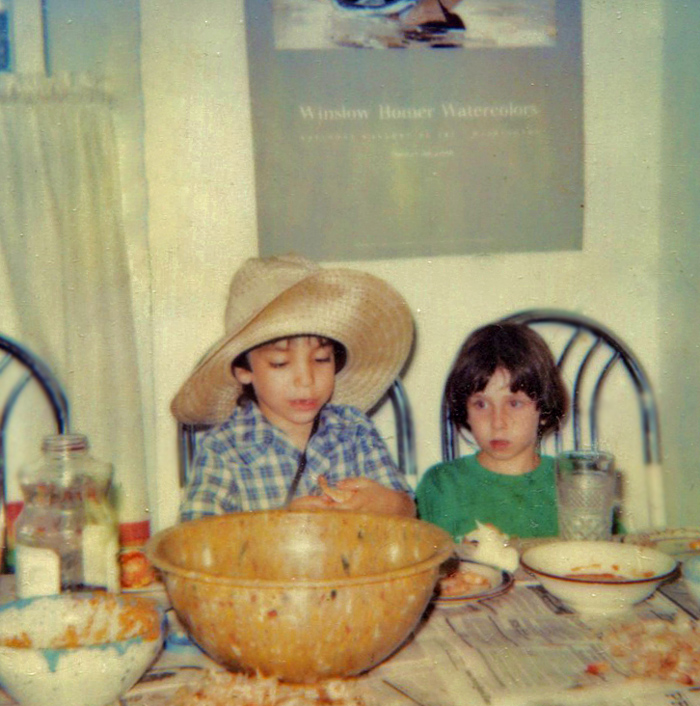 Shown here in a curled-up polaroid snapshot from a nightstand drawer, eating shrimp on a kitchen table covered with newspaper, probably in 1985 or 1986, back when they were shrimpy little kids and pretty good friends, are Joe Stein and Stephanie Jacobs.

Stephanie and Joe went to preschool together and then to University Place Elementary, and for many years they went to the same after-school program and the same Sunday school.

Based on this picture, we might guess that Stephanie liked milk with her shrimp, or else liked milk but not shrimp, or perhaps liked neither but had been told to drink her milk.

Joe appears to be a serious shrimp-peeler, despite wearing an obviously unserious sort of hat.

Both Stephanie and Joe have gone back to school in recent years at the University of Alabama, Stephanie for a library science master's in book arts and Joe for a music degree in piano performance. 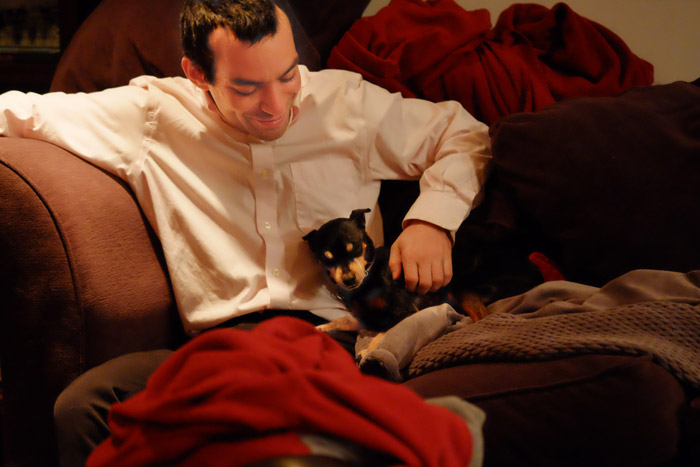 Joe and Dobby hog all the blankets. 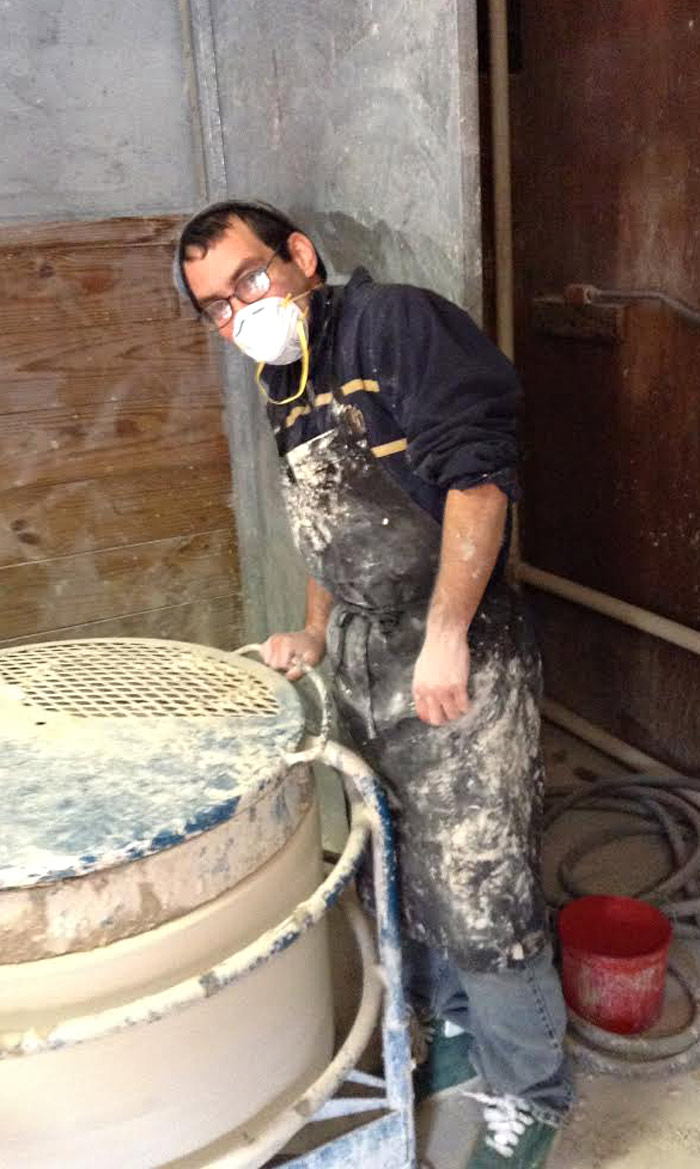 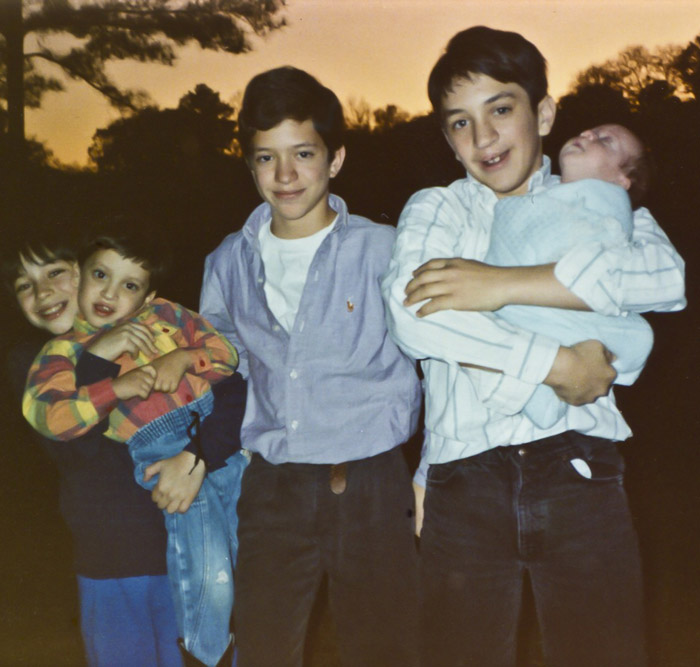 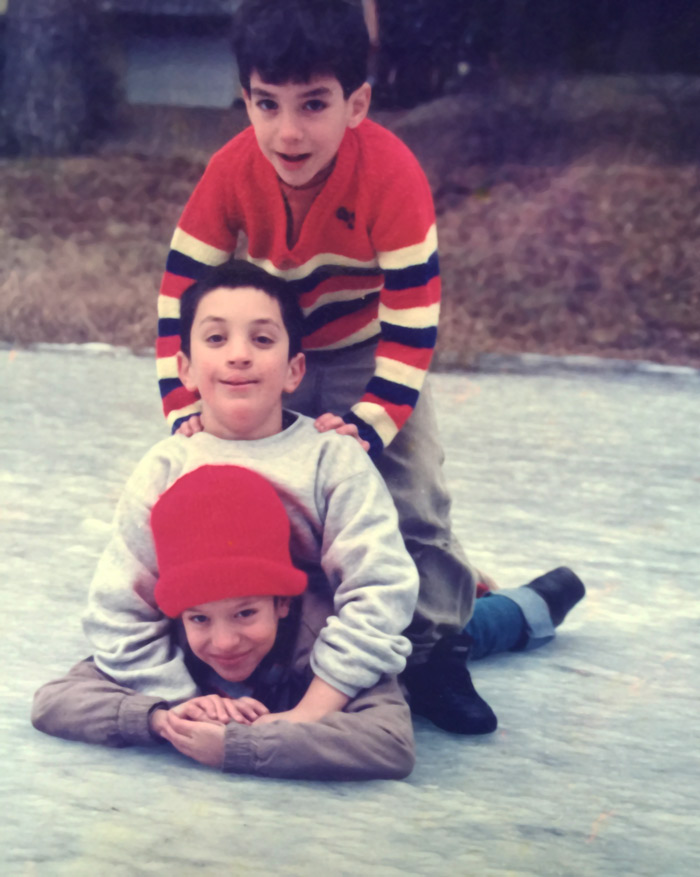 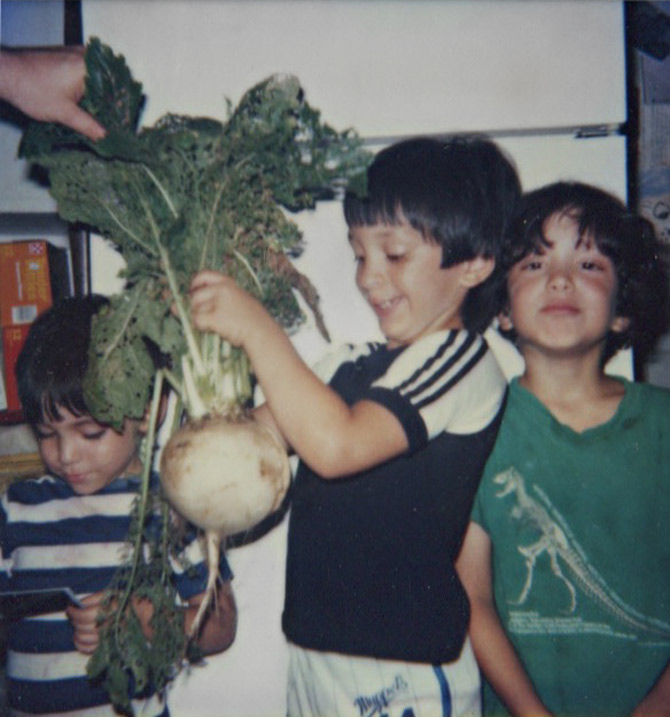 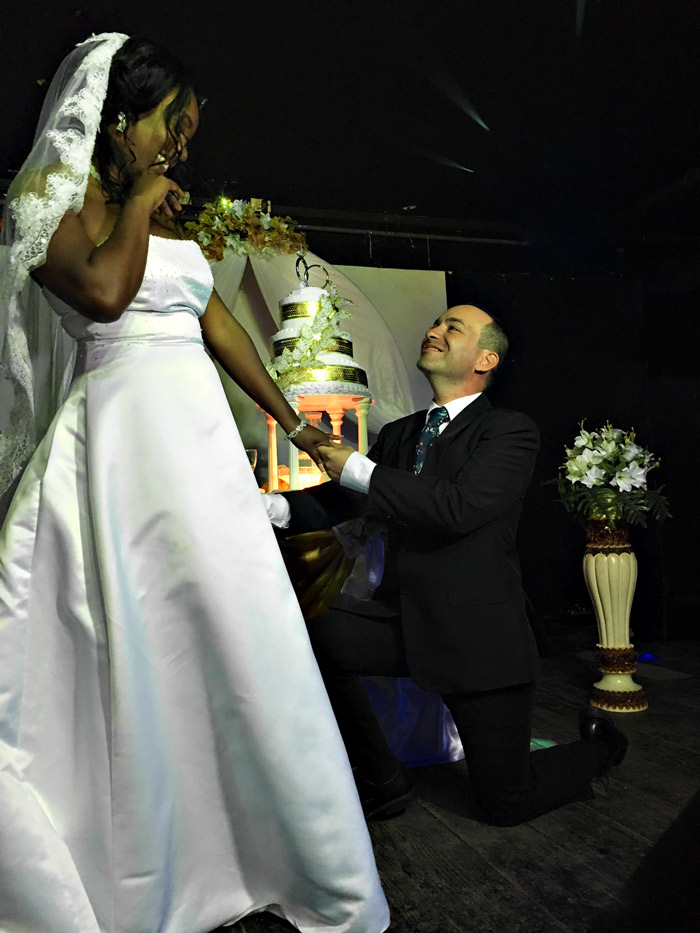 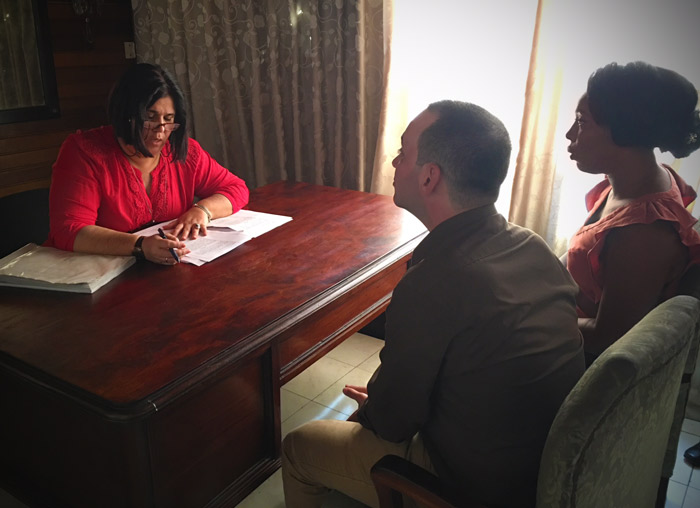 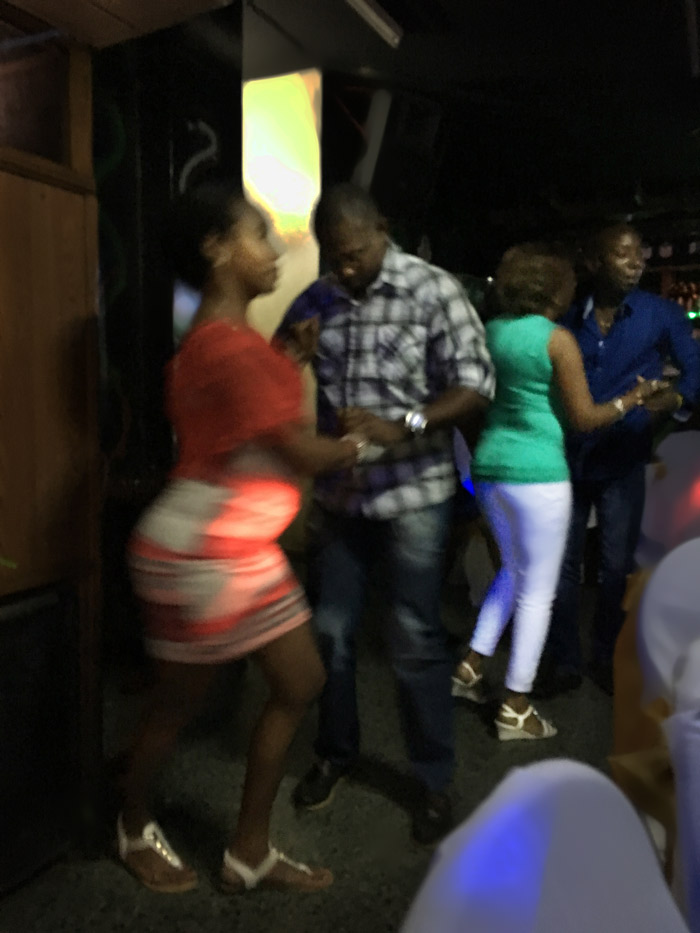 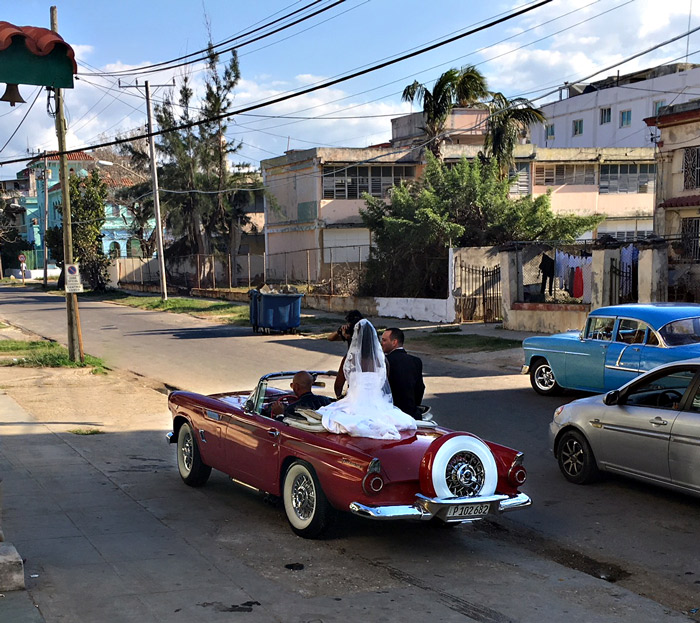