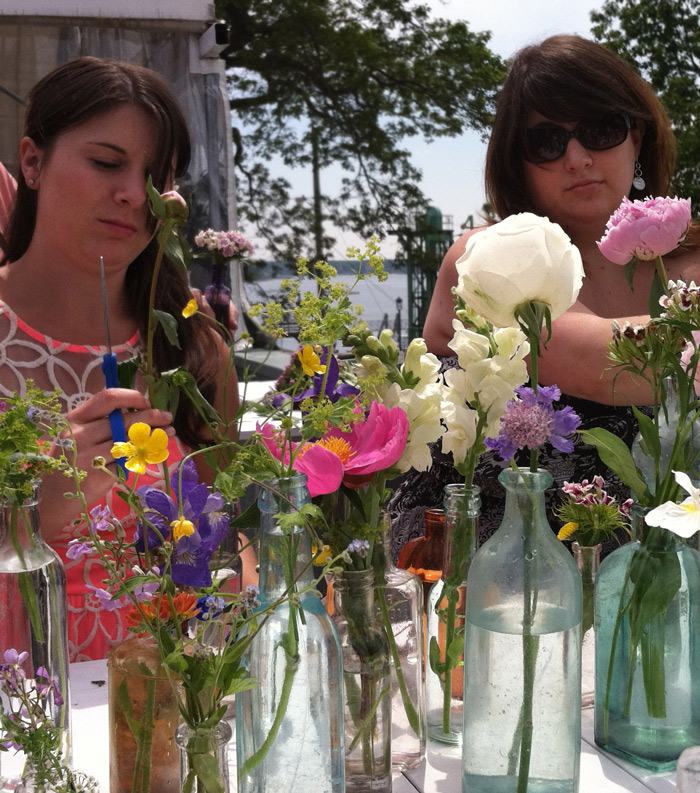 The day before Maggie and Colin's wedding, bridesmaids and friends were hard at work on table decorations. Flowers from gardens and roadsides filled about seventy little antique bottles rounded up from attics and garages and rubbish heaps. For the wedding itself, guests gathered on this balcony to watch the ceremony in the garden below next to the ferry landing on Peaks Island, Maine.

Birdseye View of a Canary 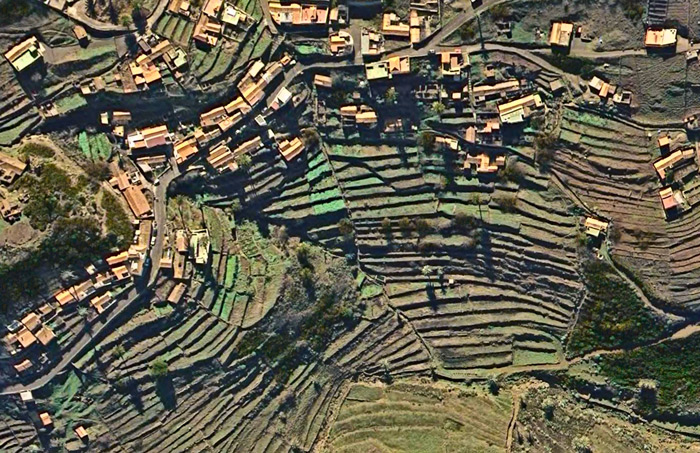 Aerial view of terraced farmland surrounding a village in the Valle Gran Rey on Isla de la Gomera, one of Spain's Canary Islands off the coast of Morocco. 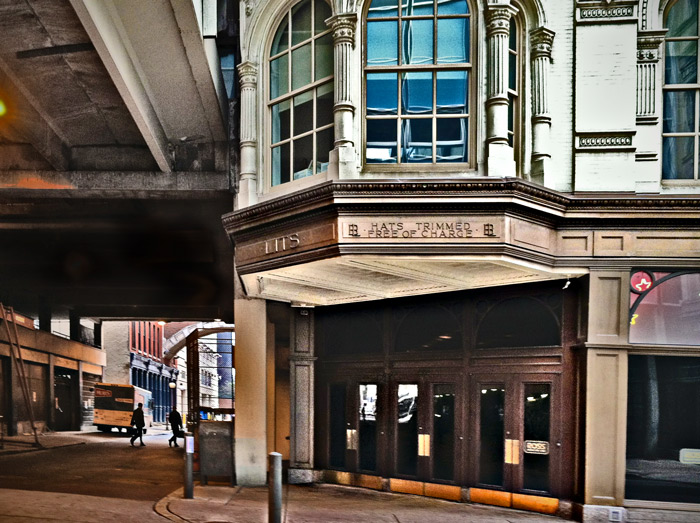 Hats trimmed free of charge, according to the bronze lettering above the 8th Street entrance to the old Lit Brothers Department Store in Philadelphia. The original Lits opened here in 1891 and expanded to about a dozen locations in southeast Pennsylvania and south Jersey before the national chains killed it off in the 1970s. Today, Ross Dress for Less occupies part of the first floor. 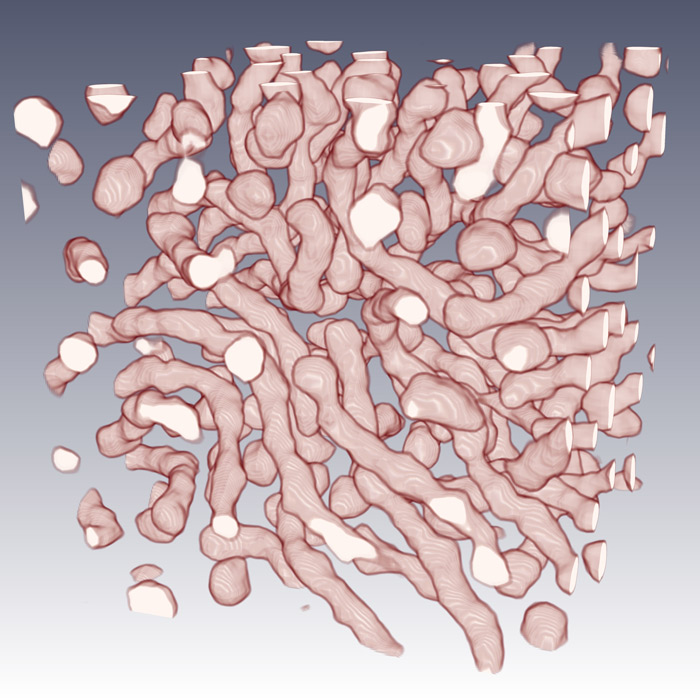 What we've got here is a greatly enlarged image of something that atoms do when they're really really really stressed out. How greatly enlarged is the picture? So greatly that to make it life-sized, you'd have to shrink it down till it reached just one-thousandth of the way across a medium-sized atom. That's so small that it would go unnoticed even by the most powerful electron microscope on earth–which is okay, because what's imaged here is strictly an extraterrestrial sort of thing.

What's pictured here develops only in the center of neutron stars–dying stars–where nuclear explosions have compressed what's left of the star's essence into a fiercely exploding little ball a few miles across and a trillion times as dense as lead. Under these conditions, atoms cannot maintain their normal structure and separate identity; their nuclei interact and fuse to form crazy little shapes called nuclear pasta.

We have a description of this pasta straight from the astrophysicists:

In the center of an exploding star, at a trillion times the density of lead, atomic nuclei interact and fuse to form complex shapes known as nuclear pasta.  This image is about 1/1000th of an Ångstrom–1/1000th of the radius of an atom–on a side and is based on a molecular dynamics simulation by Andre Schneider involving 51,200 protons and neutrons.   The complex shapes result from a competition between attractive nuclear and repulsive electric forces.  Nuclear pasta forms part of a neutron star, an object with the mass of the sun but only the size of a city.   These stars are the densest known objects before matter, as we know it, collapses into a black hole.  This large-scale computer simulation predicts properties of the nuclear pasta that may be important both for how neutron stars oscillate and for how some massive stars end their lives in giant explosions known as supernovae.

Once and Future Bridge 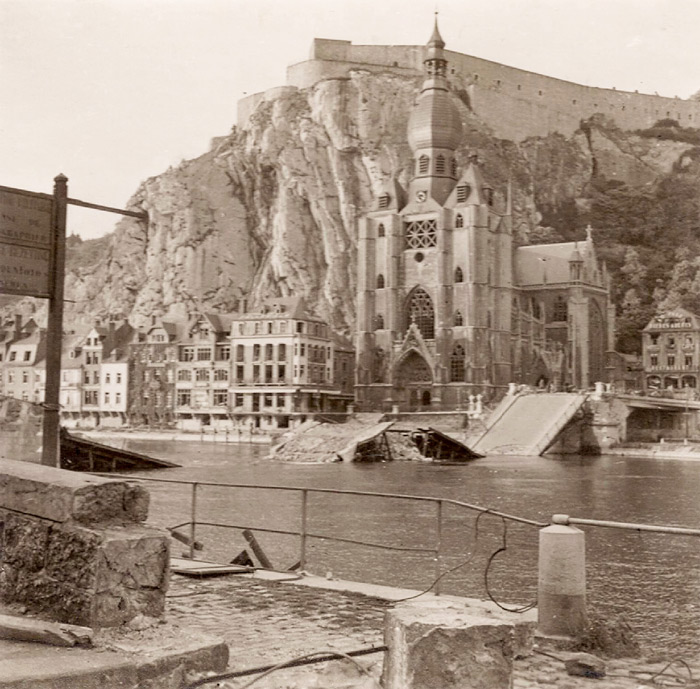 There has been a bridge here over the River Meuse in the Belgian town of Dinant since the twelfth century. In World War I, Charles de Gaulle was wounded during a battle for control of this crossing, but the bridge survived intact. It was destroyed, as shown here, in May 1940, when the retreating Belgian army blew it up behind them; the Germans, however, had already established a pontoon bridge nearby and were not delayed. It was rebuilt in 1950 and named for de Gaulle. 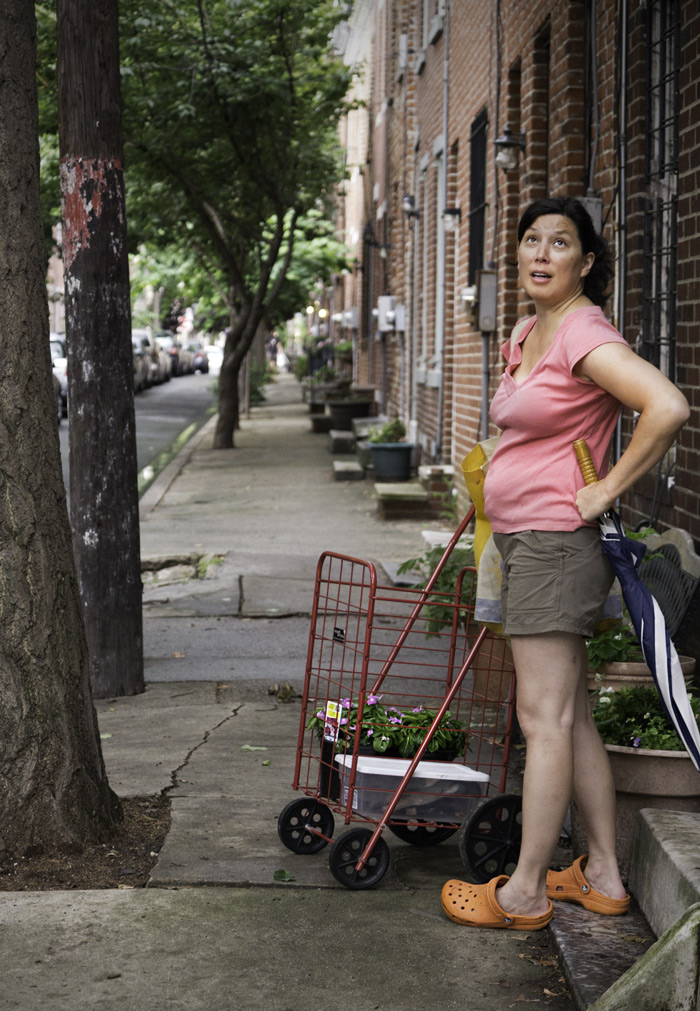 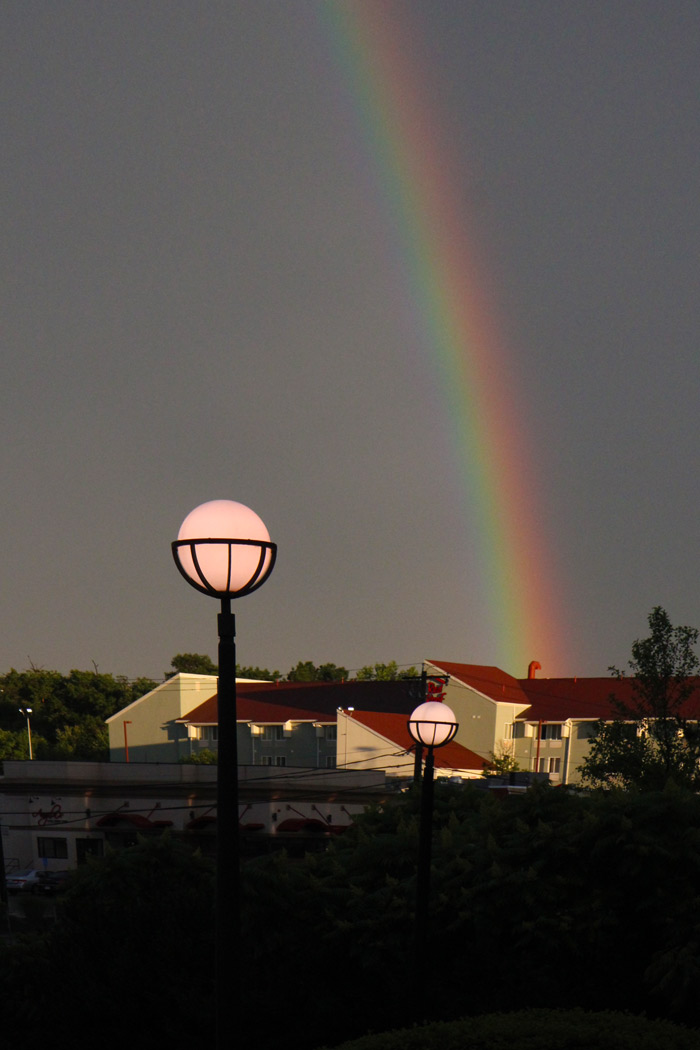 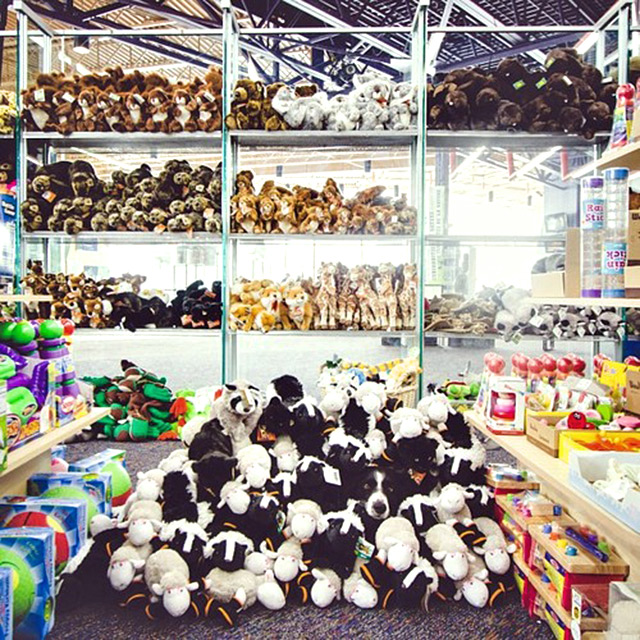 Where's Momo? Andrew Knapp regularly posts photos of his border collie playing hide and seek in and around Sudbury, Ontario, a city 400 km north of Toronto that is still recovering from more than a century of nickel mining.

Not Your Mother's Latte 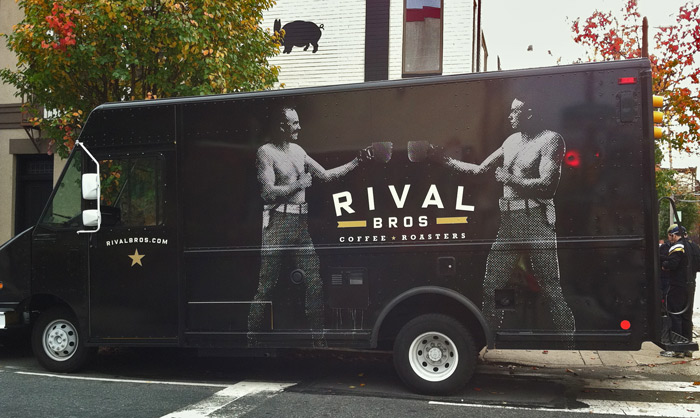 In the City of Brotherly Whatever, this truck shows up every weekday at 33rd and Arch streets, offering such bean blends as Palooka, Revolver, and Whistle & Cuss.