In Back of the Substation 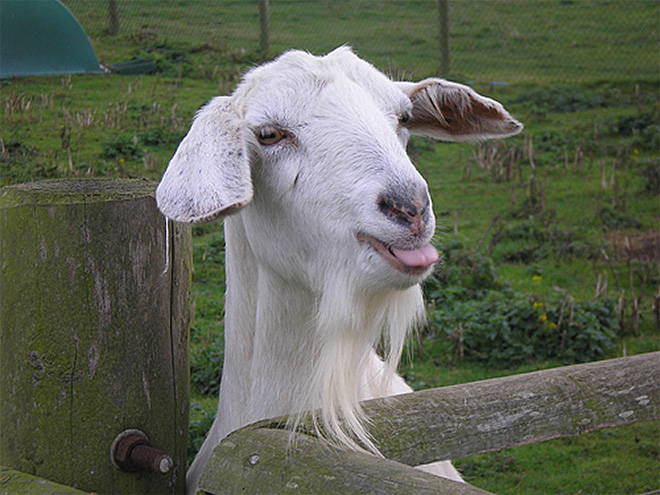 This guy eats for a living; he and his two hundred or so herdmates in an outfit called Healing Hooves are hired out to chomp their way through brush and brambles along highways and in vacant lots and all kinds of briar patches in the Pacific Northwest.

One of this fellow's regular gigs is in back of Seattle City Light's North Substation, where vines and scrubby stuff overrun a hillside too steep and rocky for non-goatly methods of weed control.

A couple of blocks up from the substation is a two-family house where some of us hope to spend the summers while others of us plan to live year-round. As we attempt to join the goats in the neighborhood, please wish one another G'mornin for us and keep sending pictures and be patient; we'll be back at work soon. 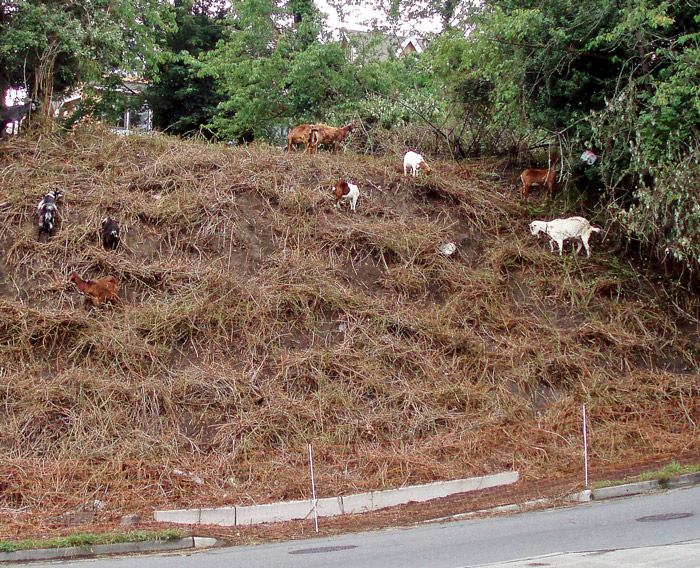 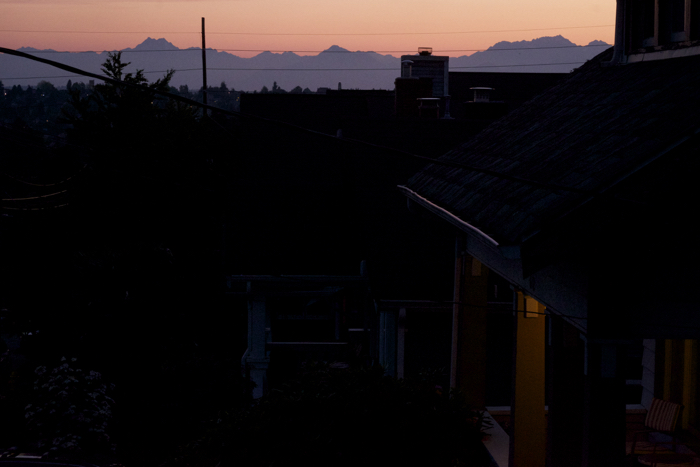 A few stray power lines hint at the electrical substation down the hill but don't even come close to hiding the Olympic Mountains on the horizon. 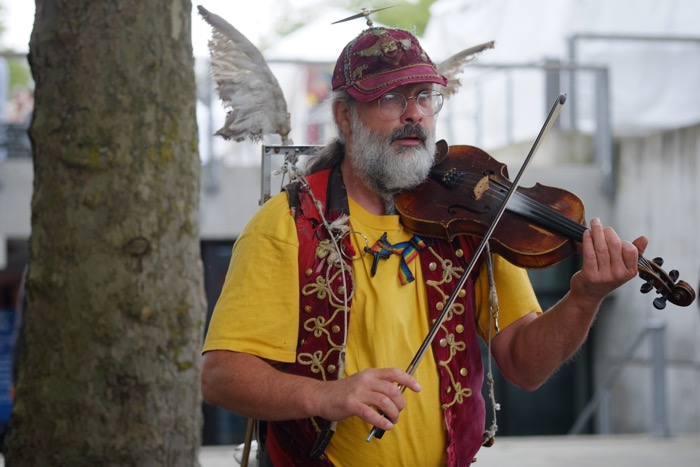 This flying fiddler at Seattle's Northwest Folklife Festival could probably give Dick Van Dyke's Bert from Mary Poppins a run for the money. Like Bert, he wore tambourines and snares and whatnot, all operated with a hop, skip, and a jump, but this guy also had wings and, best of all, coconut shells to create Monty Python-style hoofbeats. 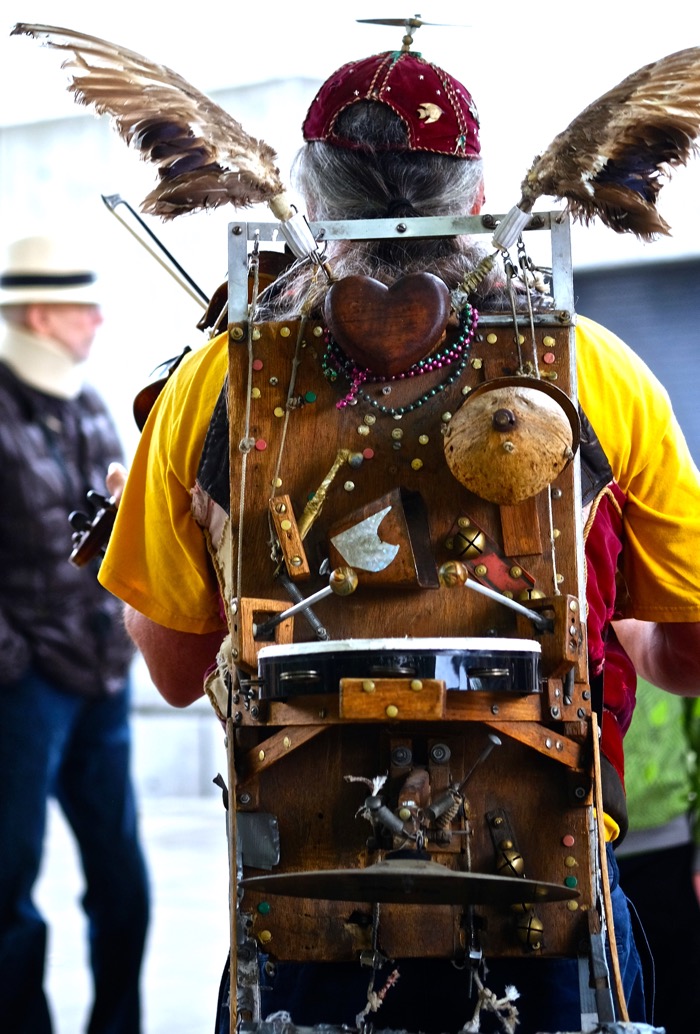