Dogs of the Wissahickon 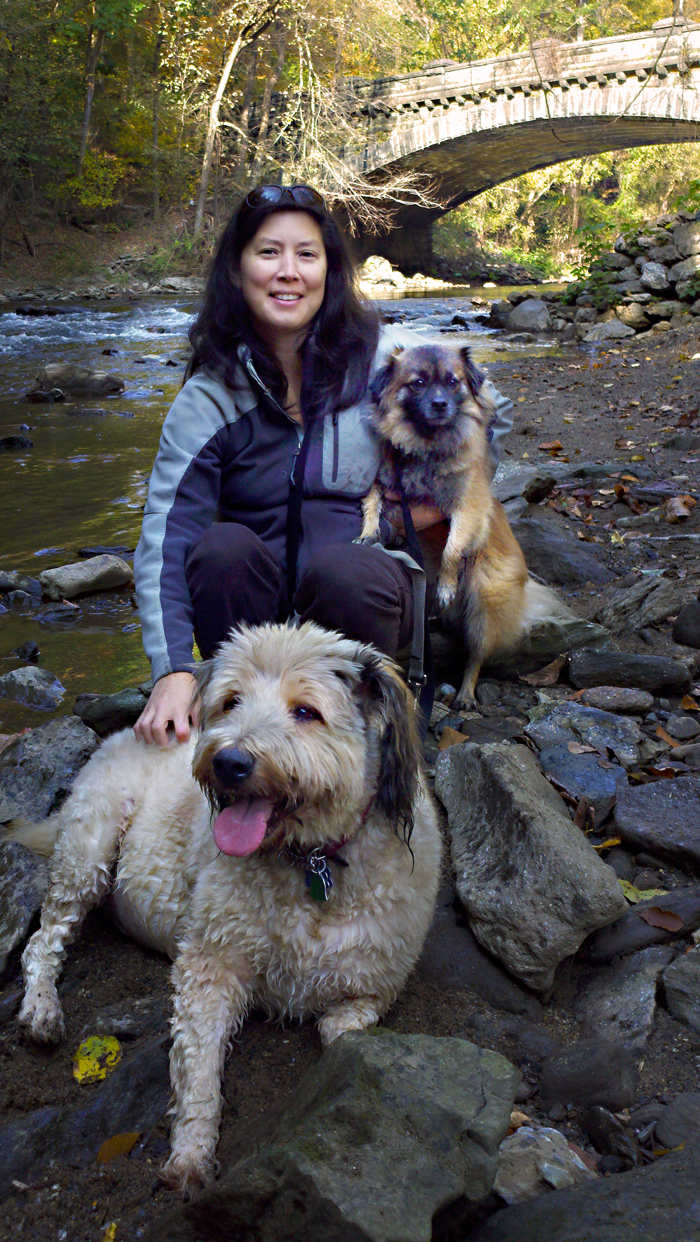 Our neighbor Carolyn Duffy poses for a snapshot along Wissahickon Creek in Philadelphia's Fairmount Park, with her dogs Max and Toby. The big dog, Max, must really like Fairmount Park because he is notorious for making all the decisions with respect to where they'll go on walks and how long they'll stay out. He weighs well over a hundred pounds, and if he doesn't want to go somewhere, it's probably just as well if you don't bother trying to go there. 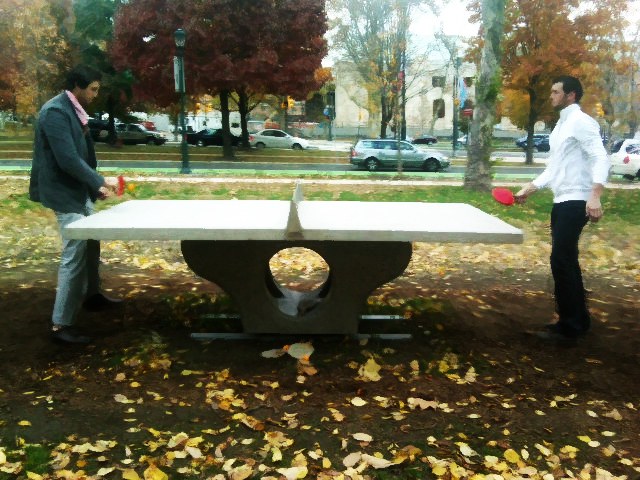 This is something new for Philadelphia, and perhaps for the American urban scene in general: a permanent concrete ping pong table, with paddles and balls stored underneath, recently installed in the grass strip alongside Benjamin Franklin Parkway, about halfway between city hall and the art museum. 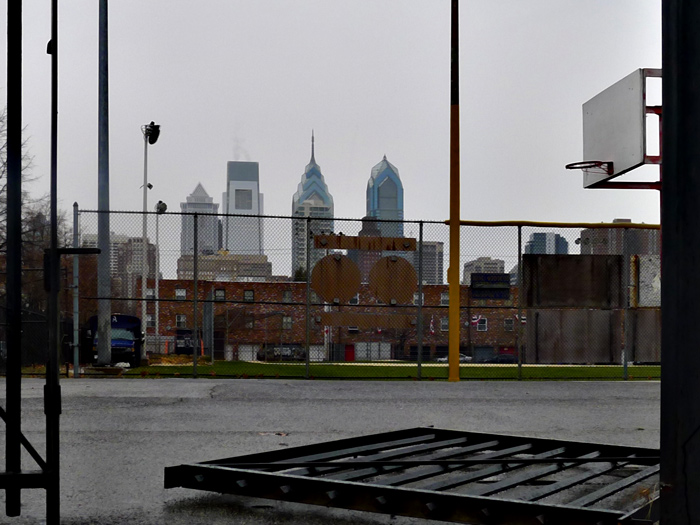 Somebody busted down the gate to the basketball court at Marian Anderson Park in our neighborhood. Behind the court, the meticulously maintained baseball field is protected by a much more secure fence.

Central Park for Me and Not for Thee 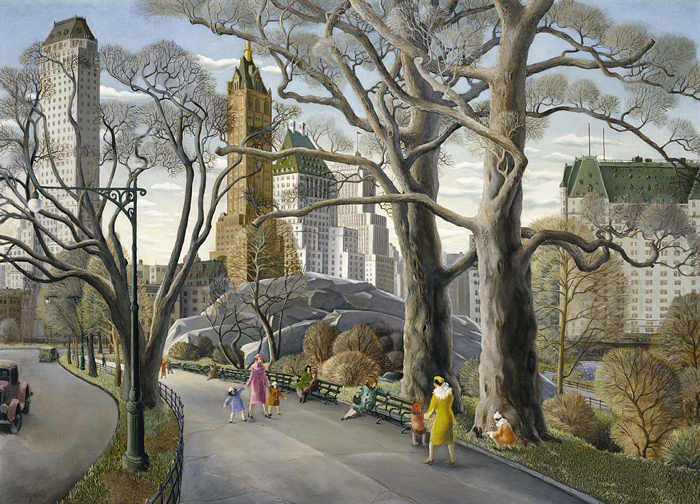 In 1934, Carl Gustaf Nelson painted life in New York's Central Park, above, the way life ought to be; in 1932 and 1933, photographers from the New York Daily News aimed their cameras at Central Park's Hooverville, below, revealing life that was not being lived the way people ought to live. Both images tell something of the story, in an upstairs-downstairs sort of way.

New York's homeless citizens began building shanties in Central Park's Sheep Meadow late in 1931, by which time half the factories in the city had been shut down by the Depression and literally millions of New Yorkers were desperate for food and shelter. In 1930 and 1931 homeless people tried to camp in Central Park, but they were repeatedly arrested for vagrancy; as the economic situation became more and more dire, however, policemen and judges became more sympathetic to the "bums," and official eyes were averted as this and many other Hoovervilles emerged. Some of the shacks were said to be solid brick and stone houses with tile roofs, built by unemployed bricklayers.

The residents of Central Park's Hooverville said they had built their homes along Depression Street. Many of the shanties had furniture and at least one had carpets, but there was no electricity or running water, no sanitary facilities at all. In 1933, the city condemned the dwellings, evicted the residents, and demolished the shantytown. The official justification was public health.

Thus, by 1934, when Nelson painted his picture, Central Park had been officially reclaimed for the sole use of well-dressed, well-to-do people like the ones in the painting, people with warm apartments to go home to and indoor plumbing. The people of Hooverville had moved on, and they would keep on moving on, scraping by, somehow, till a government stimulus program, aka World War II, finally brought full employment back to America. 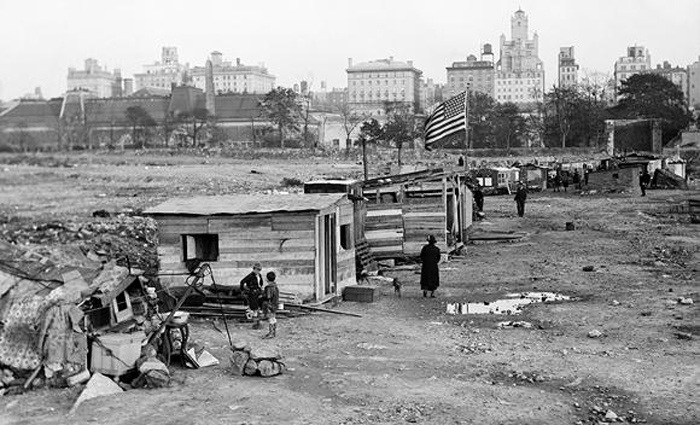 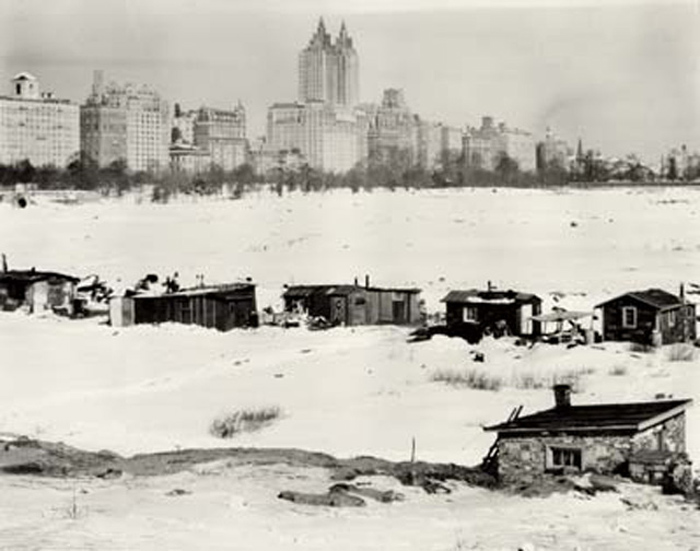 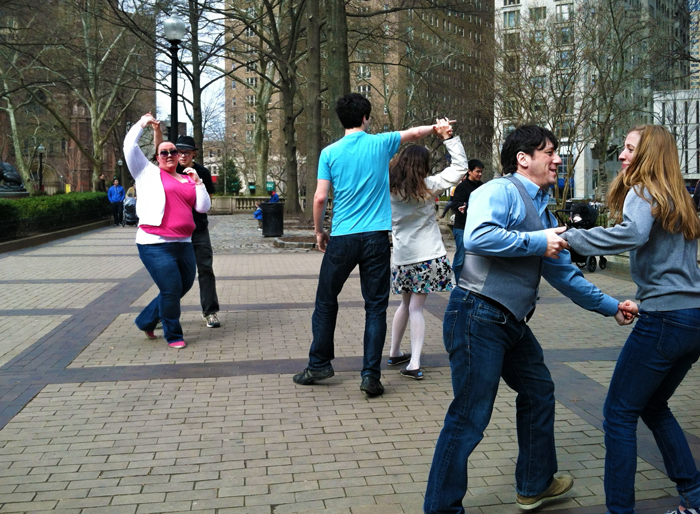 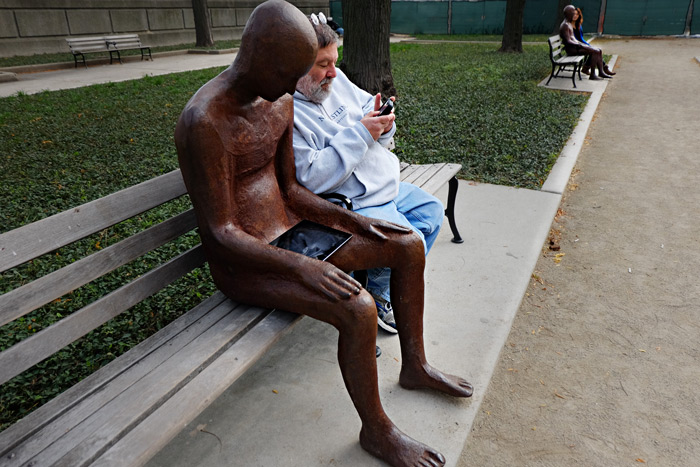 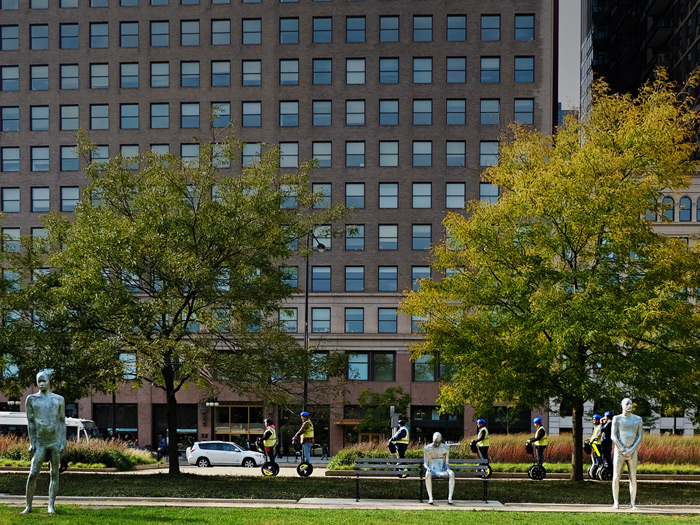 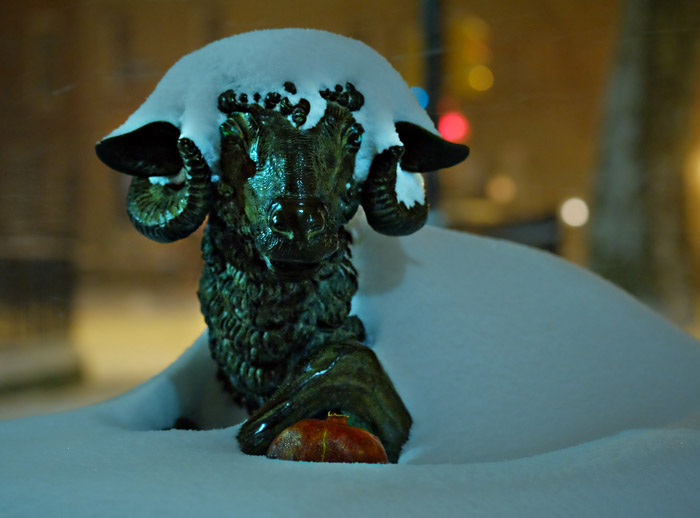 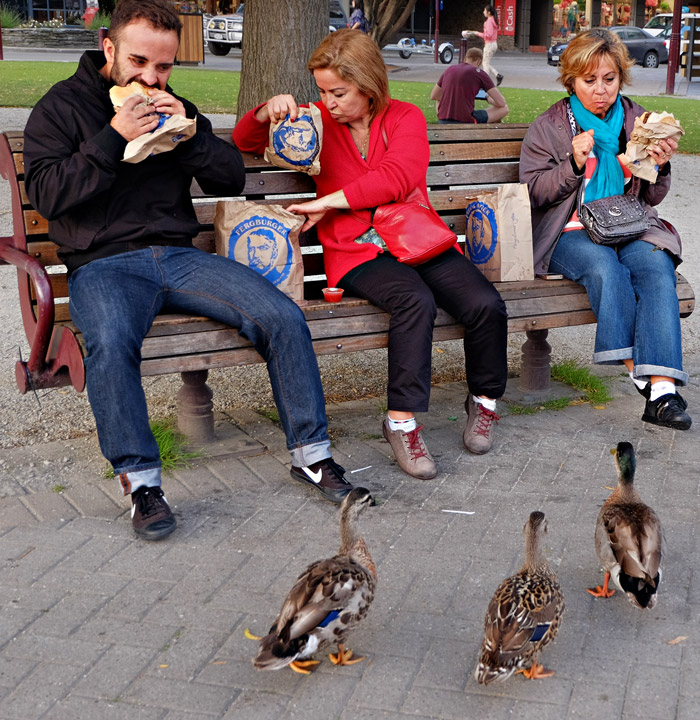 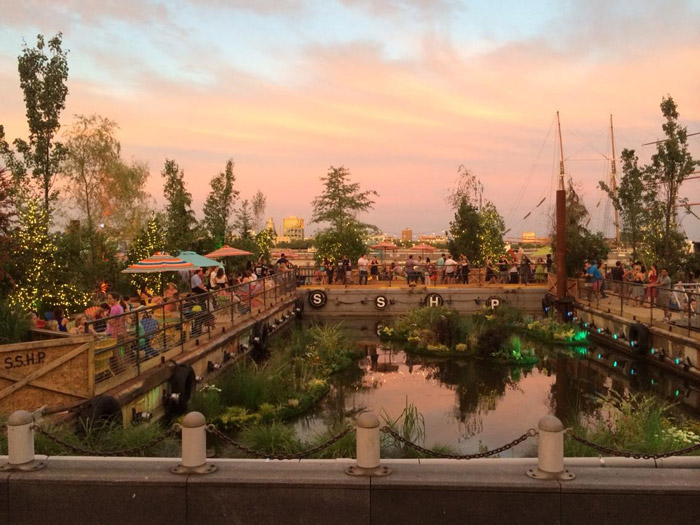 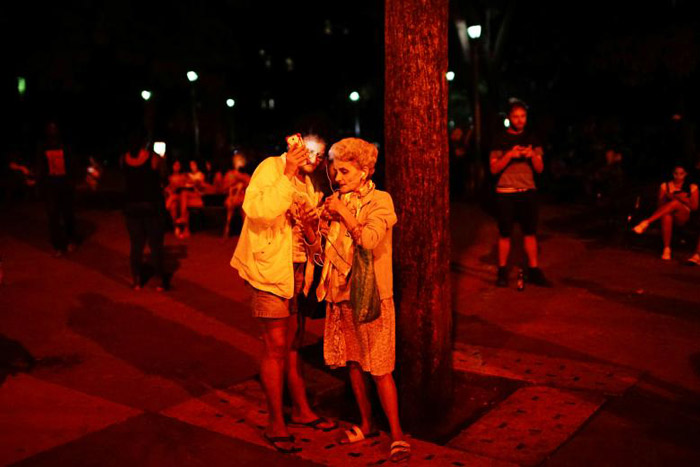 Until a couple of years ago, internet access in Cuba was a tightly restricted privilege; now, however, anybody can go online.

But two big obstacles remain. One is cost; a few minutes of wifi can eat up an entire day's pay for an average Cuban. Thus, although some people do use the web to check for news beyond official government reports, most internet activity in Cuba is focused on phone calls, often video calls, especially to friends and relatives abroad.

The other obstacle to getting online is that wifi is not available in your living room; you have to go to a hotspot, which is often outdoors, in a park or plaza. So Cubans such as the Havanans in the photo above gather at hotspots around town with their phones and tablets.

In the evenings, when the tropical heat is letting up a bit, some hotspots get so crowded that the internet slows to to a crawl and may crash. The govvernment has promised to expand the wifi network and even bring it into people's homes, but little progress has been noted.

That's because of the American embargo, say Cuban officials. And they may be right.