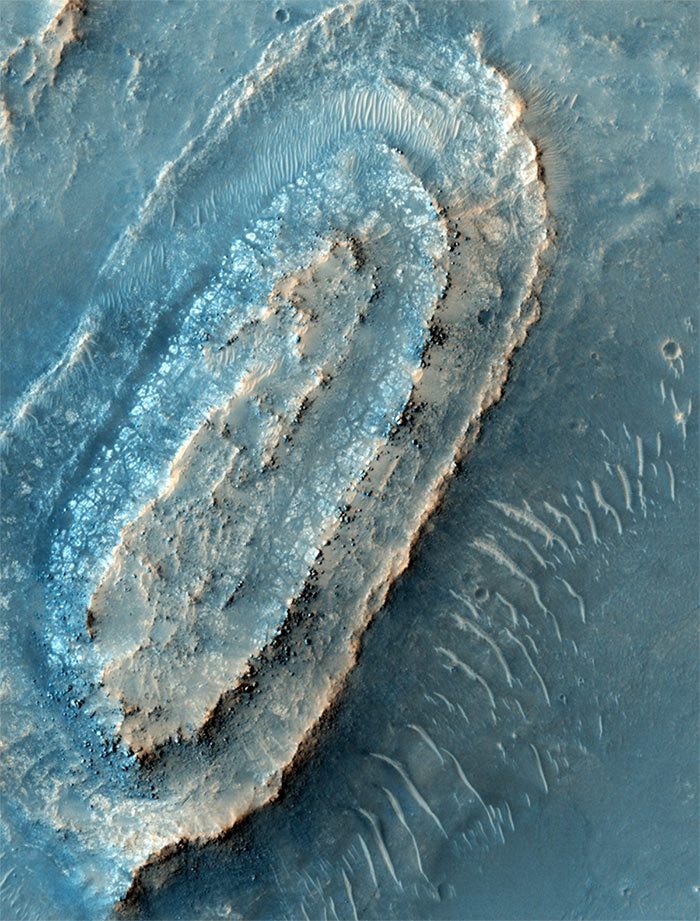 In an impact crater inside a volcanic crater high on a Martian mountaintop, ancient bedrock is exposed. The high elevation and crater ramparts keep out the red dust that swirls over most of the planet. This picture of the rocks there was captured by infrared sensors in an orbiting telescope, part of a NASA probe known as HiRISE.

The rocks are more than 3 billion years old, among the oldest known on the planet. The infrared sensors detected a variety of hydrated minerals, evidence that this place was once under water, for a long time. Some of the minerals detected contain chloride, as in table salt.

There is still H2O on Mars--pictures taken early in the morning often show frost--but the Martian atmosphere is so thin nowadays that water is unstable in its liquid form. 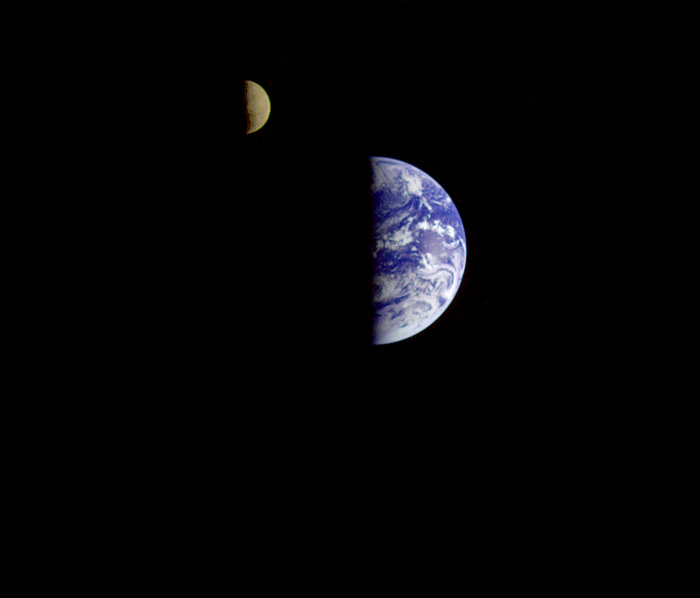 In 1977, the Voyager space probe shot this picture of the earth and moon together. It is believed to be the first snapshot that captures both bodies in the same frame. 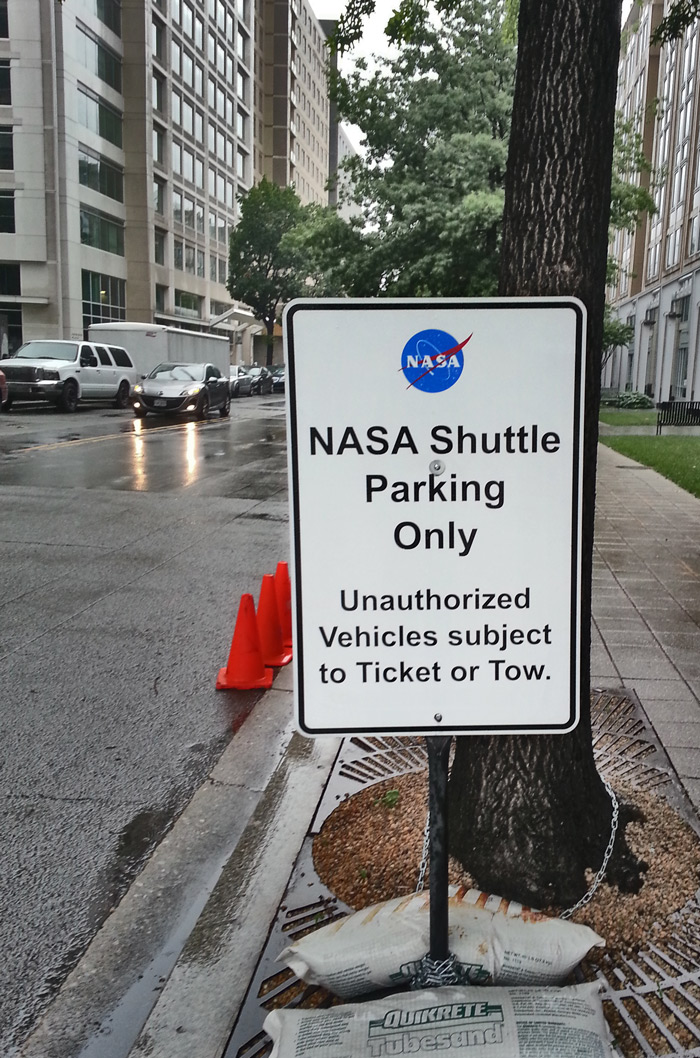 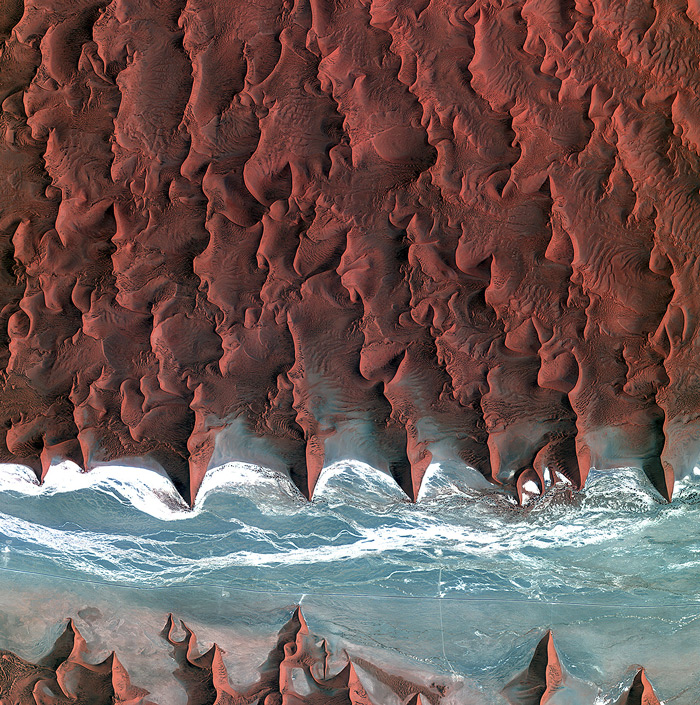 Well, of course now that our American space program is shut down because of hateful people in the House of Representatives, the brand new Landsat 8 satellite that you and I paid for, which had just started phoning in dramatic new views of our planet, has gone dark. But fortunately, many other countries have legislatures that don't seem to go quite so insane over efforts to help people get medical care, and so new earth imagery from foreign satellites is still available to us.

This is the view from Kompsat 2, a Korean satellite, as it crossed southern Africa above the Namib Desert on the morning of October 5. What appears to be blue water is actually an ancient riverbed, almost entirely dry for millions of years; the white streaks are bone-dry salt flats.

Click to zoom in and see roads in the riverbed and some black dots that represent the only vegetation for hundreds of square miles; These desert shrubs survive on groundwater, of which there is hardly any; such as is there is, however, collects deep underneath the riverbed, below the gullies where water does trickle on those rare occasions when it rains here. Annual precipitation is less than half an inch on average, though it is supplemented a bit by coastal fog.

Note the short spur leading off the main road near the middle of the scene and ending at the base of a dune. This is the route to a parking lot at Dune 45, a thousand-foot high sand dune popular with tourists.