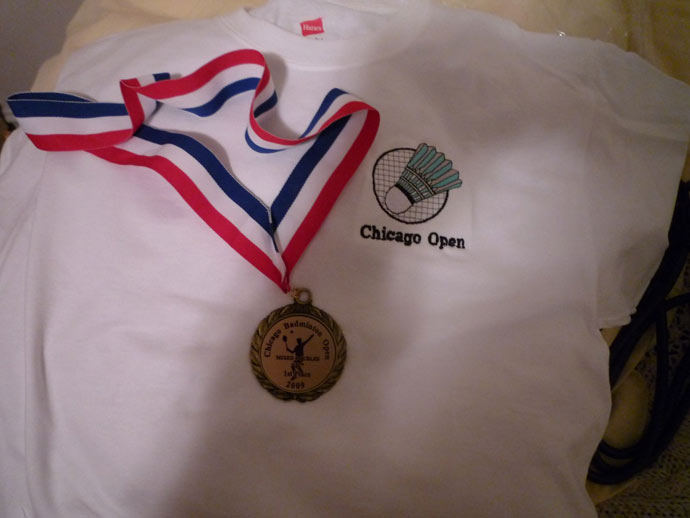 In the small but earnest world of competitive badminton, the Chicago Open is a big deal, a tournament sanctioned by the body that will select the Olympic badminton team. Some of us forget that badminton is an Olympic sport.

Katrin Maldre is new to the competitive version of the sport and feared she wasn't yet playing at the Chicago Open level, but she took first place yesterday at this year's tournament. There were four divisions, from A, the strongest, through D, the weakest, and Katrin won the D division. Still, she noted, "the picture says it all."

What helped her compensate for badminton inexperience was a lifetime of athletic engagement. At the age of six, she was selected for intensive sports training by the Soviet athletic academy, and as a teenager she joined Estonia's national table tennis team, which competed in all the Soviet Republics across Europe and Asia. In recent years, she's played tennis, skiied, dabbled in recreational soccer, even tried a little bit of mountain climbing.

"There's just something magic about sports events," she says. "Also, while I play I don't eat, I get a lot of exercise, and I don't say any bad words, so I improve myself. And maybe that helps to improve the world a little bit." 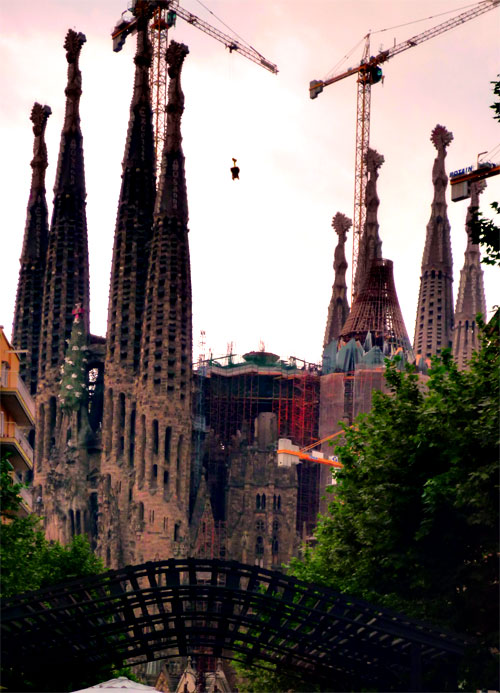 Cranes fuss over the spires of Gaudi's La Sagrada Familia cathedral in Barcelona. 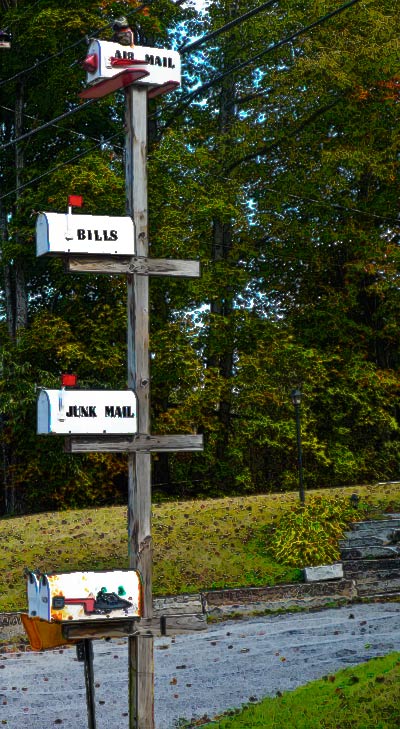 If you send mail to this guy in New Gloucester, Maine, presumably it will be delivered here. 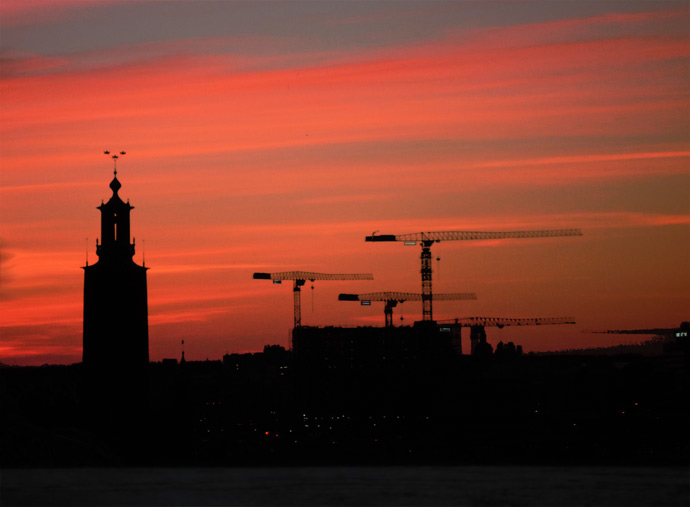 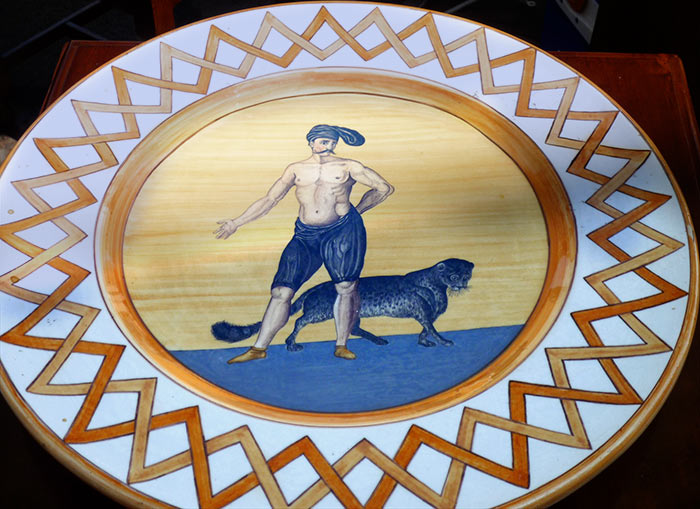 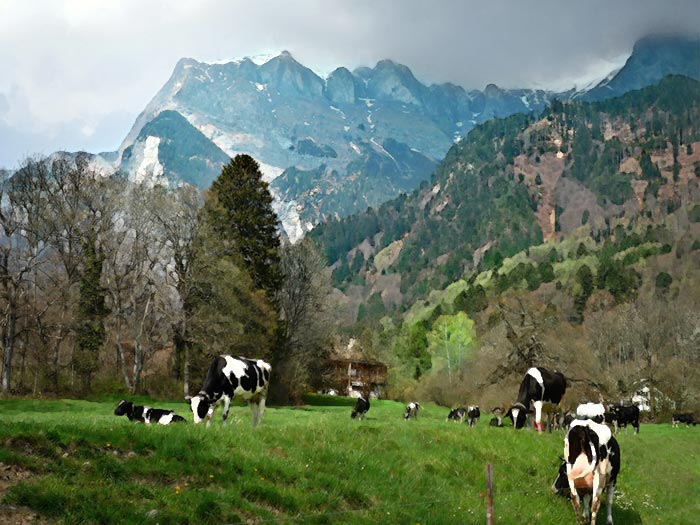 You may recall that it was in the mountains here above the village of Maienfeld, Switzerland, that Heidi and Peter used to take the goats to pasture. The cows, which didn't really figure in the Johanna Spyri novel or in the Shirley Temple movie, presumably stayed down below in these pastures in the Rhine River Valley. Heidi and Peter climbed up the goat paths every morning, frolicked in the meadows, and lived happily ever after in the bright clean air, curing the invalid Clara, bringing the old hermit back to the church, and spreading joy and good cheer and etc.--even so, it was a nice book, a nice movie, and there's no denying it's a beautiful piece of the world.

Today the people of Maienfeld mostly tend vineyards and host tourists looking for Heidi. An hour's walk up the valley is the spa town of Bad Ragasz, where tourists come looking for Roger Federer. 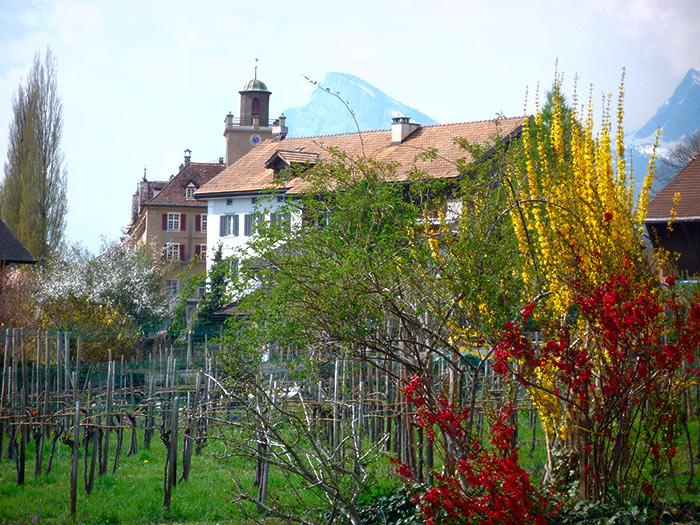 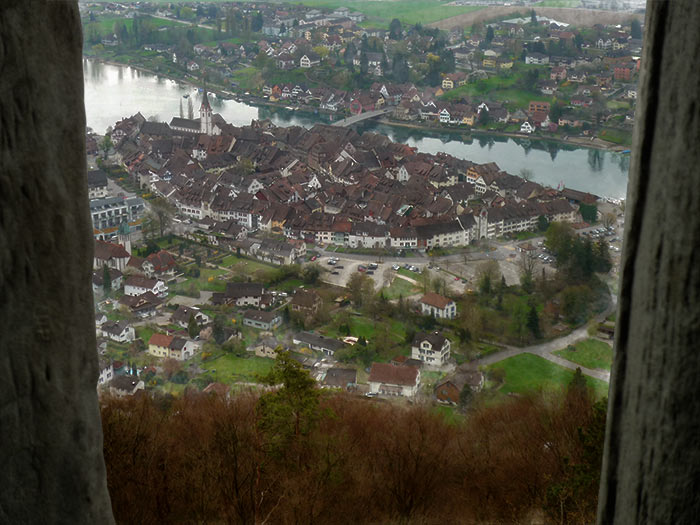 The village of Stein-am-Rhein in Switzerland, as seen from its castle.

So far as I know, the Steins associated with this place have no connection whatsoever to the Steins in the family I married into. I like the looks of their town, though. 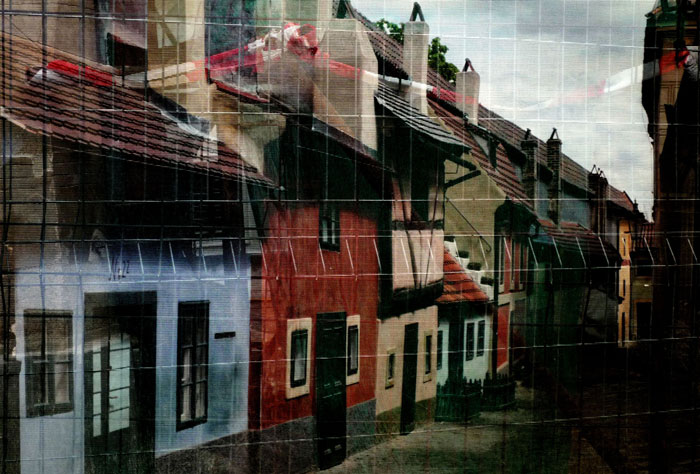 Old houses in Prague, as seen through a screen set up around a construction site across the street. The construction in progress is actually restoration work, so that the street can recover its bygone character. 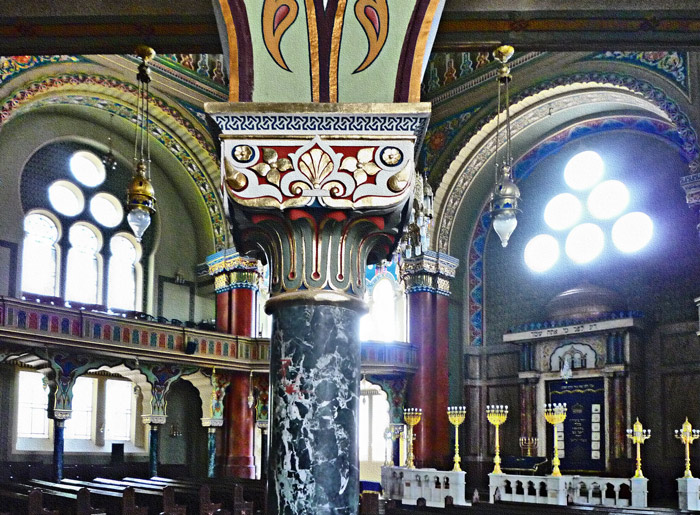 The Moorish-style synagogue in central Sofia, Bulgaria, was built in 1909, when it served as the religious and cultural center for a Sephardic Jewish community of about 20,000. Today, the congregation numbers about 50. Bulgarian Jews were not executed by the Nazis, but almost all left for Israel after the postwar Communist takeover. 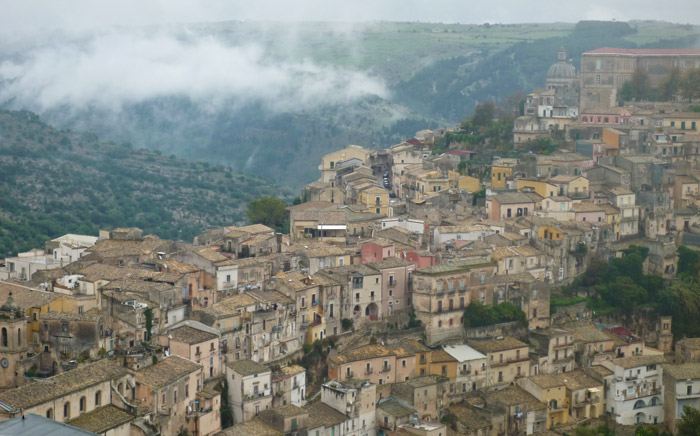 We're on the road again, headed for faraway places–not Ragusa Ibla, the magical Sicilian place shown here, but the other end of the world, where it's summertime now and we get to dance at the wedding of another niece, Gillian, who is marrying Mark Openshaw next weekend near Wellington, New Zealand.

Hole in the Clouds will remain update-free for a little while, till we make it back home around December 18–bearing stories and pictures, perhaps, but certainly carrying with us some of the energy and glow generated by this sort of happy family occasion.

As for Ragusa Ibla–some other day. Right now, we've got penguins and albatrosses to attend to, and sheep and glow worms and waterfalls and those absolutely outstanding kiwi accents.

Meanwhile, y'all can go ahead and start the holiday season without us. We'll catch up soon.