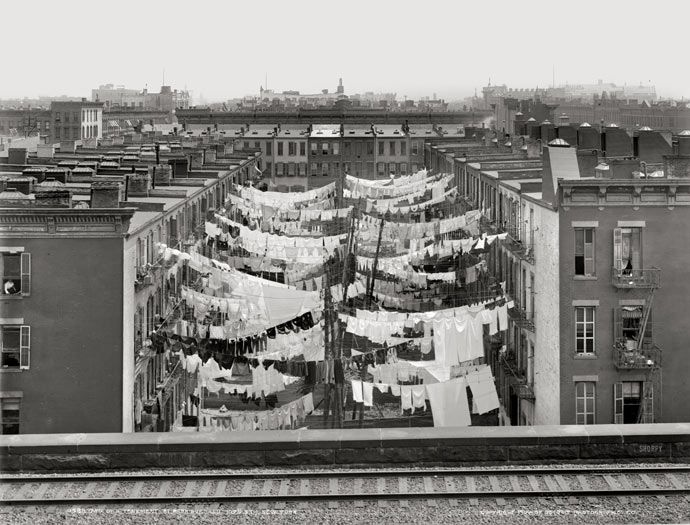 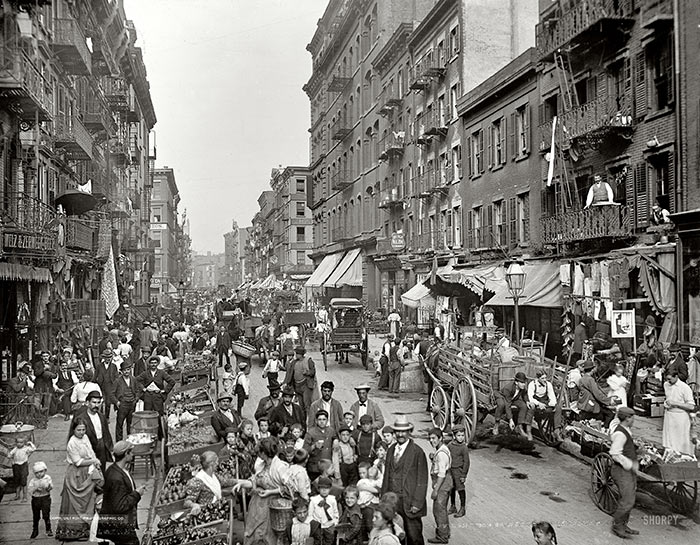 In 1900, Mulberry Street in lower Manhattan was the heart of Little Italy, where life was apparently lived out in the open, right in the street. Nowadays, cars instead of people dominate the street, and the people have retreated indoors, where apartments are much less crowded and much more likely to have indoor plumbing.

Click on this picture to see a much larger version, which you can mouse around in to appreciate the details of life in New York a century ago: the vegetable carts, the guy with a glass of beer in the middle of the street, the boy with his schoolbooks, the Banca Malzone, the aprons and wagons and fire escapes and . . . 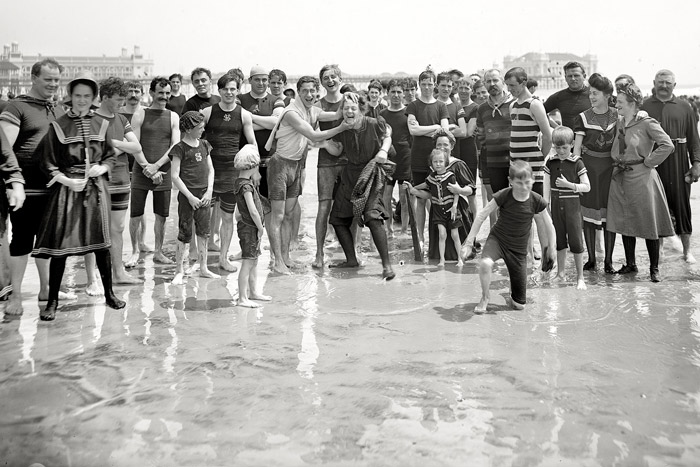 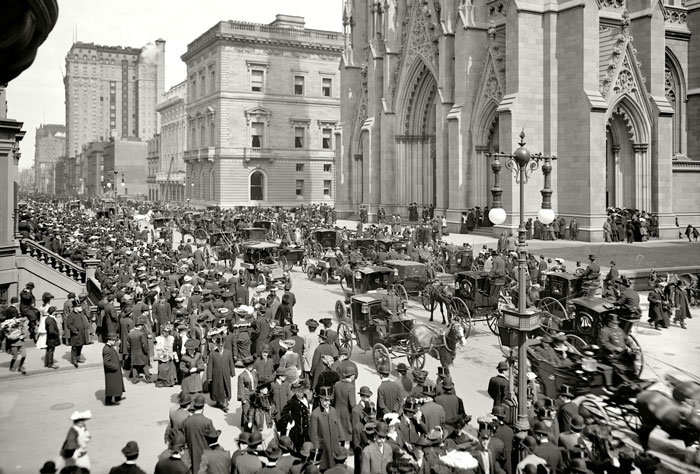