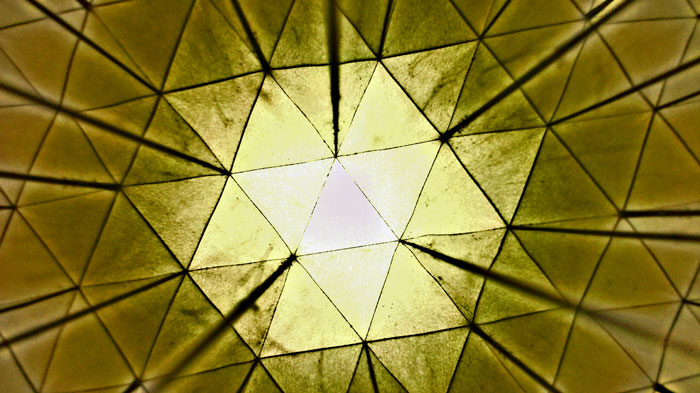 This is what you see if you take the mirrored guts out of a little toy kaleidoscope, set one end of the mirrored prism atop a brushed-aluminum laptop computer case, and shoot a picture from the other end with a cellphone camera.

You may be wondering why someone would bother to take a picture like this?

The short answer is that you would want to take a toy kaleidoscope apart and study the pieces if you were anxious to learn the basic principles of kaleidoscopy. You might need to understand those principles if you were wanting to build, say, a great big kaleidoscope, one with a tube so large that people could climb inside and wander among the mirrors. The movements of the people inside would be captured by mirrors to create the kaleidoscopic effect.

I don't know how many people on this planet are contemplating building great big huge kaleidoscopes, but at least one of them is related to me, so I do know a little about this sort of thing.

Anyways, once the toy kaleidoscope was all in pieces, it was only natural that a person with a cellphone would look at the pieces and start to wonder about snapping a picture of mirrors mirroring mirrors.

After which somebody with Photoshop would start to wonder about making the picture pop and putting it up on the web. 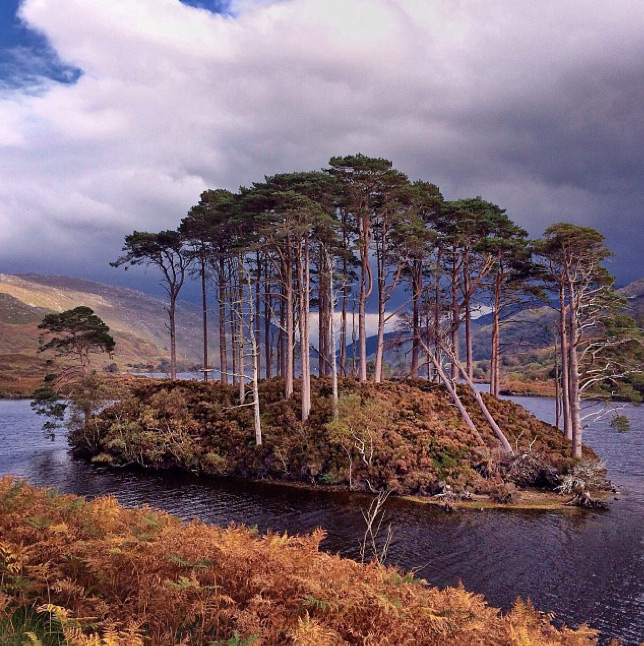 Apple hired National Geographic photographer Jim Richardson to go up into the Scottish highlands and shoot some scenery with an iphone camera.