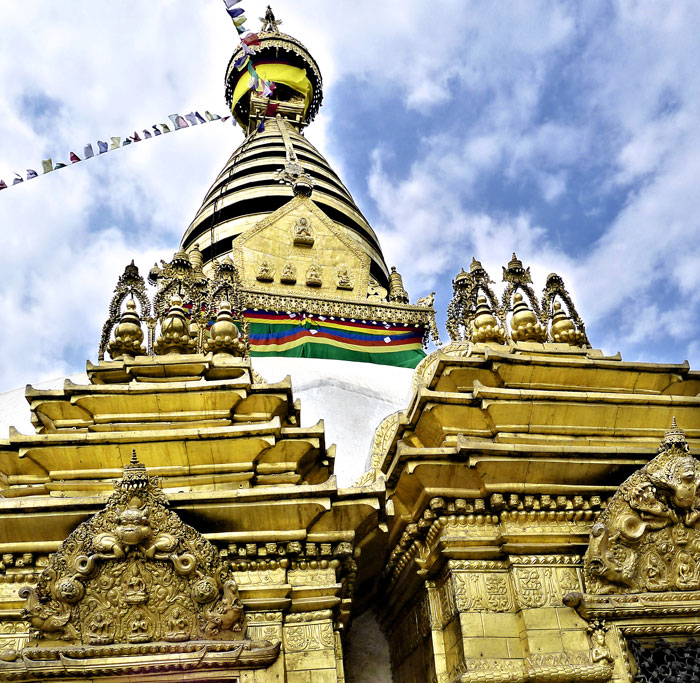 For at least the past fifteen hundred years, Swayambhunath Temple atop a high hill west of Kathmandu–the Monkey Temple–has been a holy site for Buddhists and Hindus both.

Hundreds of pilgrims climb the hill every morning before dawn (we're told), up a flight of more than three hundred steps to reach a temple plaza guarded by wooden lions. As the sun rises, the faithful start circling the huge white-domed stupa with its golden spire, spinning prayer wheels as they greet the dawn beneath Buddha's all-seeing painted eyes. Tibetan Buddhists circle the stupa clockwise; Nepali Buddhists go counter-clockwise. There are lots of both.

In addition to the stupa, the Monkey Temple complex features numerous shrines and temples, a monastery, and vendors selling everything from strawberries and tiger balm to postcards and mandalas.

One of the most popular shrines is to a Hindu deity, Heriti, the goddess of smallpox and childhood diseases. Apparently, Heriti is a fertility goddess who developed a niche specialty: keeping children alive till the age of twelve and curing smallpox even in adults. Because divine protection of this sort is much in demand but Buddhism lacked a deity with expertise, Heriti was borrowed from the Hindus. At her shrine, people bring flowers and gifts, both to enlist her aid and to thank her for good work. A donations box has been set up directly in front of her statue.

The whole hill does swarm with monkeys. People who live nearby complain that monkeys venture out into the neighborhood and eat everything green in people's gardens. 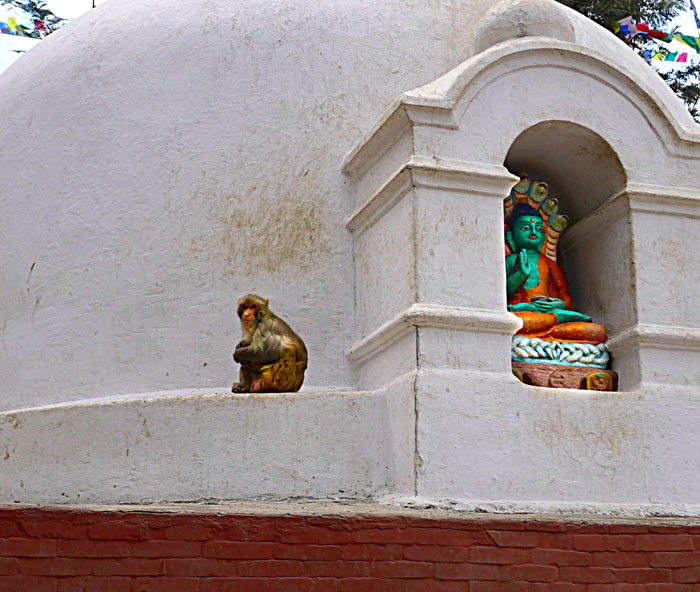 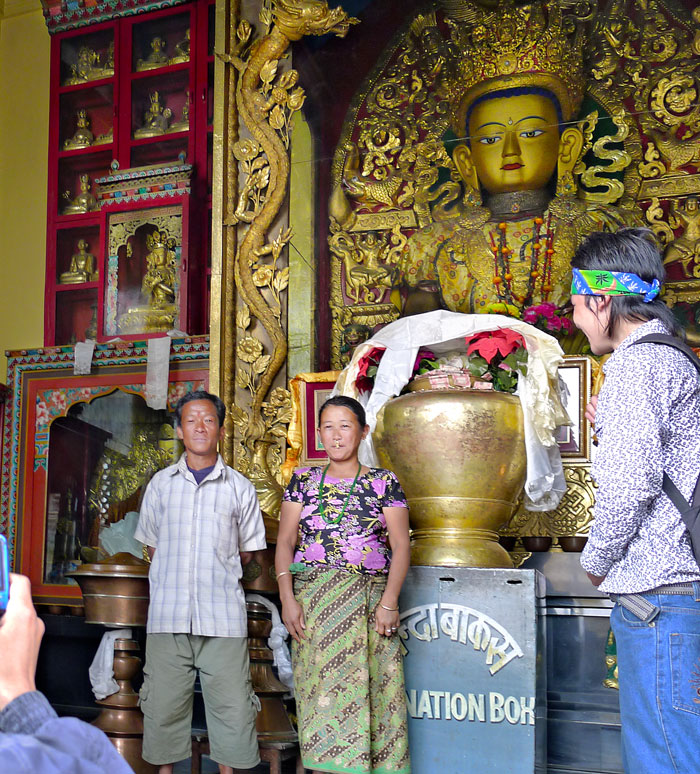 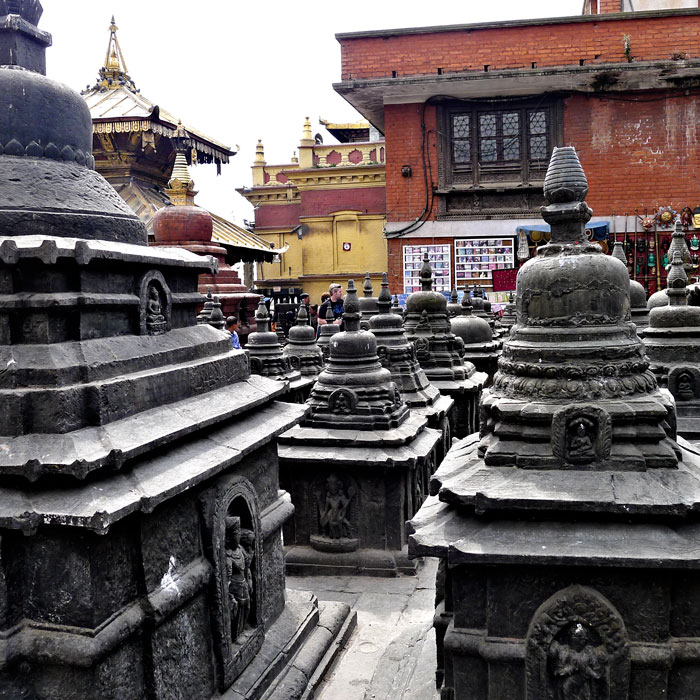 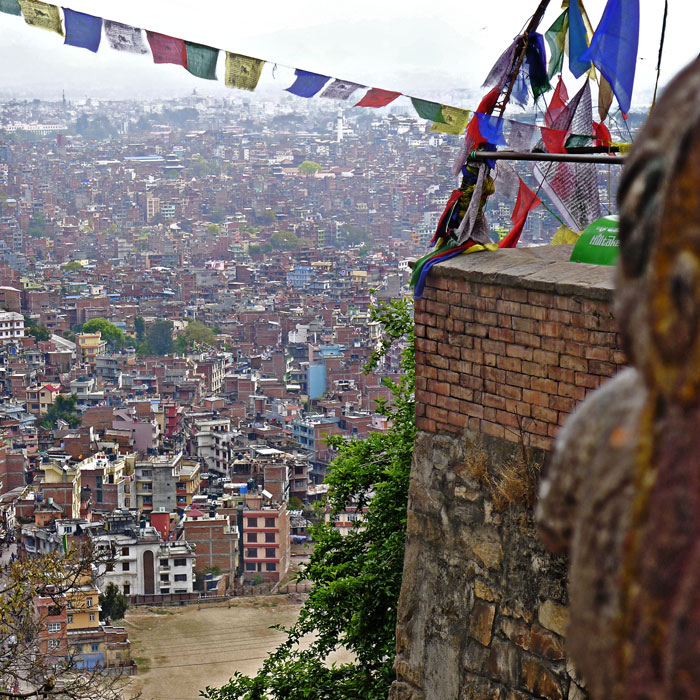