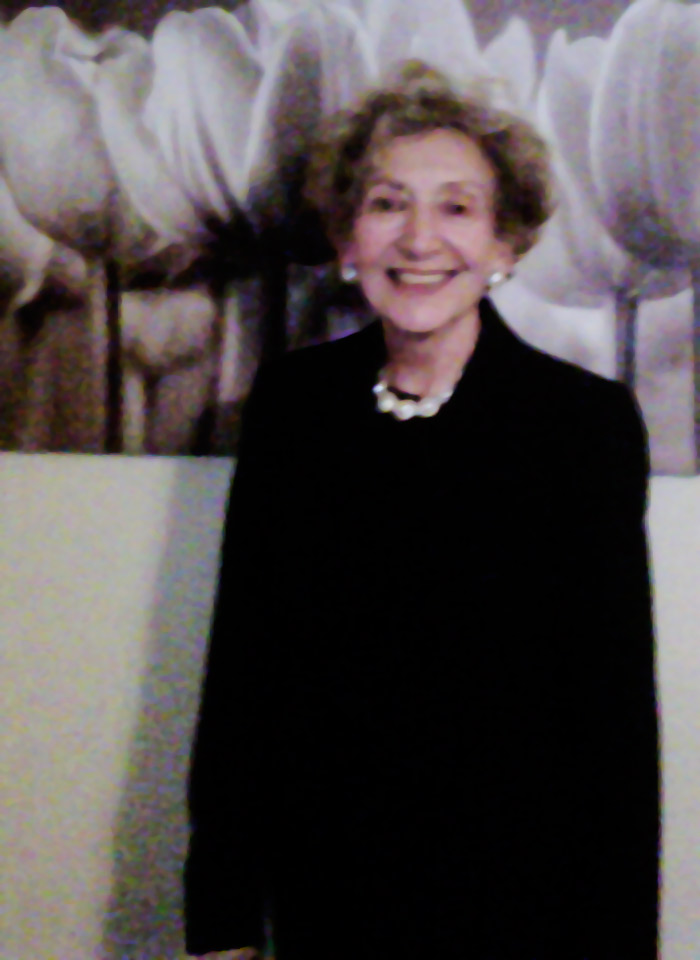 Mom turned eighty last week, which cannot be. She was always the youngest mother, and she's still much too young.

Half a Score or So 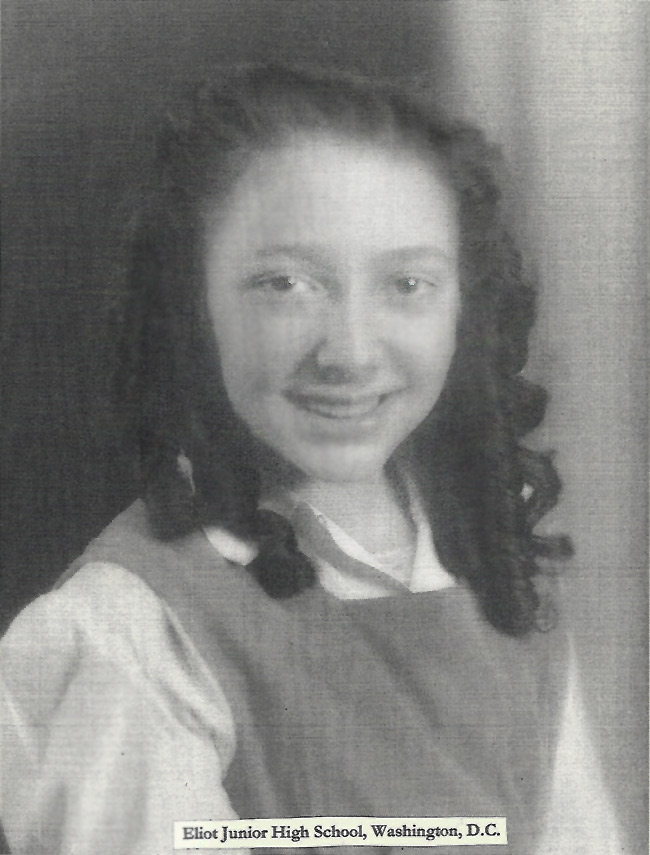 Shown here a few birthdays ago is the same birthday girl from yesterday's post, back when she wore Shirley Temple curls and made straight A's at Eliot Jr. High (now Eliot-Hine Middle School) in Northeast Washington, D.C. It was around this time that she trained her dog, Spike, to bark twice in response to the question, "What's the cube root of 8?"

Recently, the Indiana branch of the family spent a few days in D.C. and posed for a picture on my mother's couch. That's my brother Chuck Horowitz in the middle, my sister-in-law Cecelia Murphy at the far right, and my mother at the left. In between are Chuck and Cecelia's children, Olivia (with dog) and Nicholas. Olivia is a sophomore and Nick a freshman at Bloomington High School South. Olivia runs track and plays flute in the marching band, while Nick participates in the Science Olympiad and the school's theatrical productions. 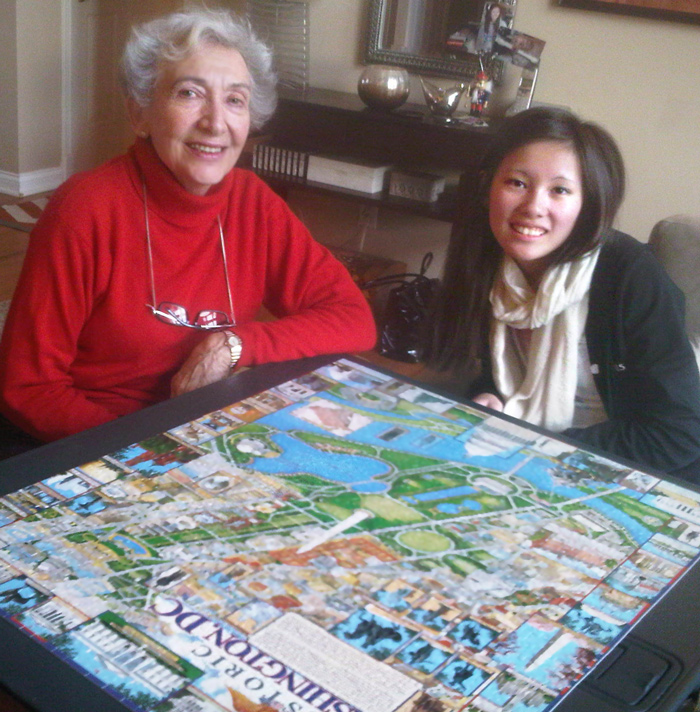 Clear winners of the 2011 Christmas Vacation jigsaw competition are Olivia Horowitz of Bloomington, Indiana, and her grandmother Sandra Horowitz. They correctly assembled a 1,000-piece puzzle in less than 24 hours and would have finished even faster, according to spectators, had it not been for a break to watch a movie.

Spring Comes to the Convention Center #2 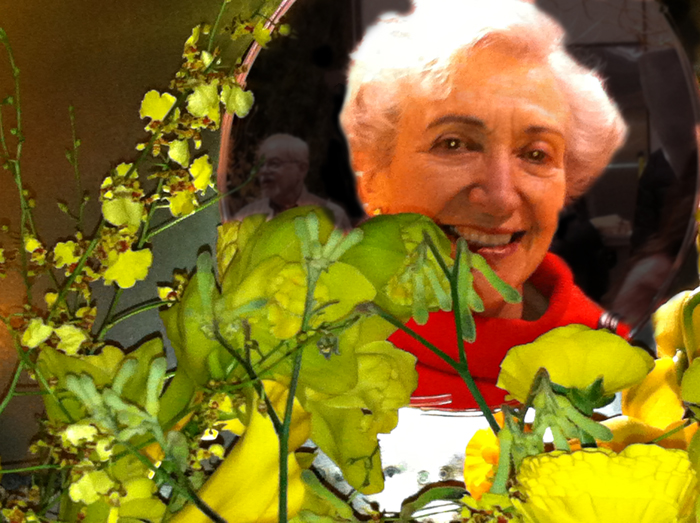 We all live in a yellow submarine, absolutely including my mother and yellow flowers upon yellow flowers. The theme of this year's flower show–Brilliant, as in British–was in the air everywhere, as the lads from Liverpool sang about Strawberry Fields  and "Doing the garden, digging the weeds...." There was also a yellow submarine sort of thing out on the floor, pictured here.

Most of the cultural references were literary, however, as opposed to musical. There were Peter Rabbit cottage gardens and Harry Potter owlish gardens, and allusion after allusion to Alice and the rabbit and the queen. There was a Jane Austen dooryard with a calling card left in the door; the name engraved on it in flowery script couldn't quite be made out from behind the picket fence that kept spectators out of the flower beds. 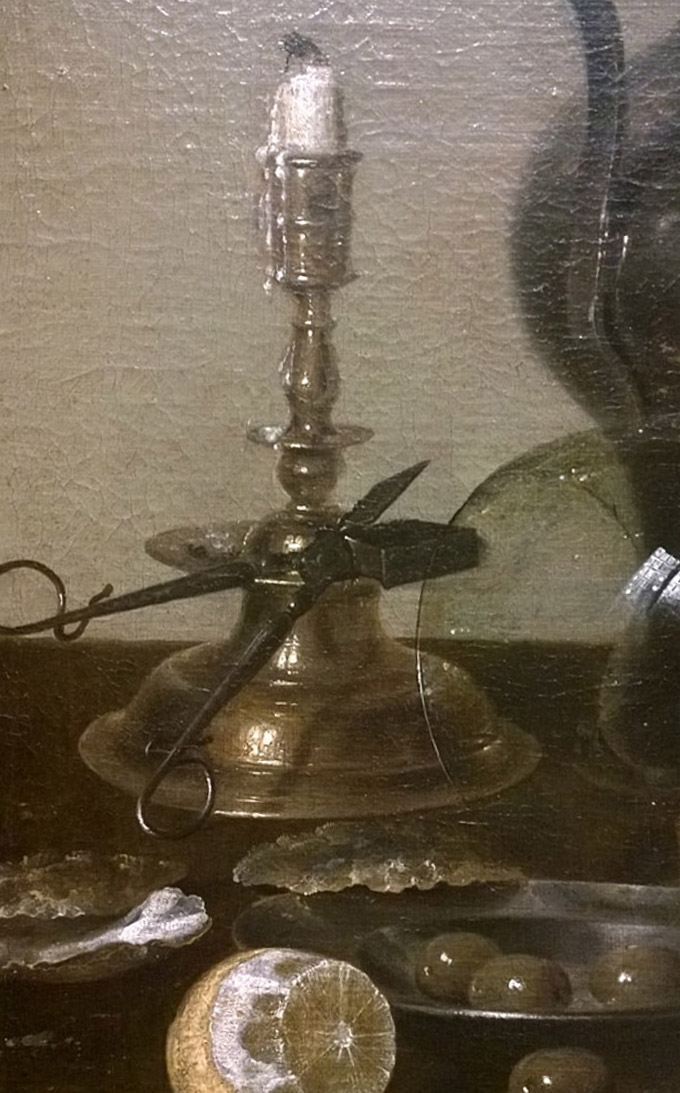 Washington, DC, travel agent and blogger Jean Newman Glock had an hour to kill the other day and a brand new cellphone camera with which to kill it. So, perhaps to model good behavior for her tourist-clients, she headed straight for the National Gallery of Art and pointed her new Nokia at some four-hundred-year-old paintings.

The photos she snapped and published in her blog include this snuffed-out candle, a detail from a 1635 still life, "Banquet With Mince Pie," by the Dutch painter Willem Claesz Heda. "So many theories can be created," notes Glock, "about this hastily ended feast at an obviously wealthy household."

The trip to the museum apparently left Glock with some long thoughts, as illustrated by the candle gone dark: musings about the brevity of life and the irrelevance of earthly possessions (with the possible exception of that new Nokia Lumia Icon camera with its 22-megapixel sensor and easy upload to WordPress via tablet).

Glock didn't come to her philosophical insights all by herself; she experienced the art that afternoon as part of a National Gallery tour on the theme of "Glimpses of Seventeenth Century Life." Leading the tour was someone Glock describes as "the amazing scholar and docent Sandra Horowitz."

That amazing scholar and docent, Sandra Horowitz, is my mom. I'm busting my buttons here.