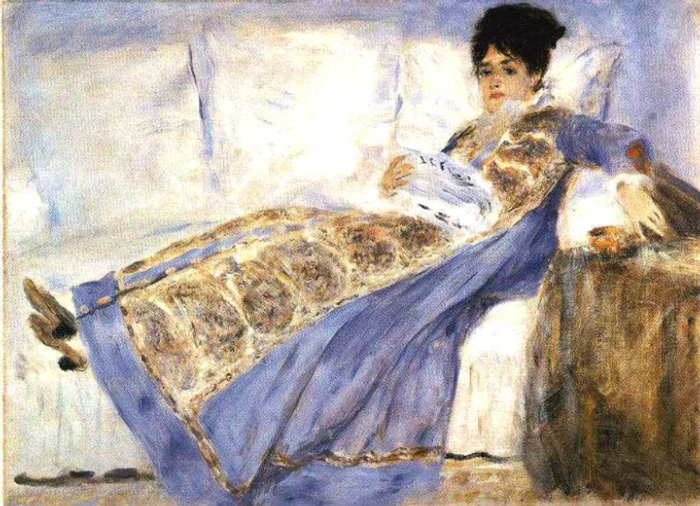 Bullet Train in the Snow 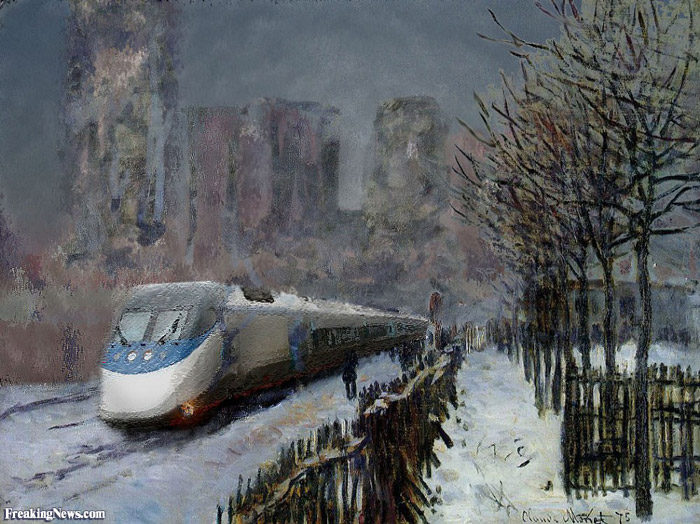 The 170th birthday of Claude Monet in November 2011 was marked by, among other festivities, a Photoshop competition sponsored by FreakingNews.com. The challenge was to Photoshop a composite image introducing modern elements into a Monet painting.

The winning entry, shown above, was submitted by somebody who logged into the competition as azwoodbox. That's a train à grande vitesse, imitating Monet's 1875 train below. 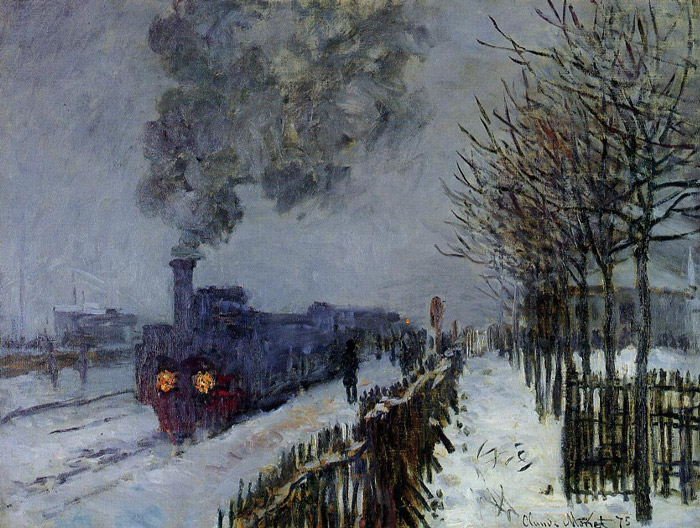