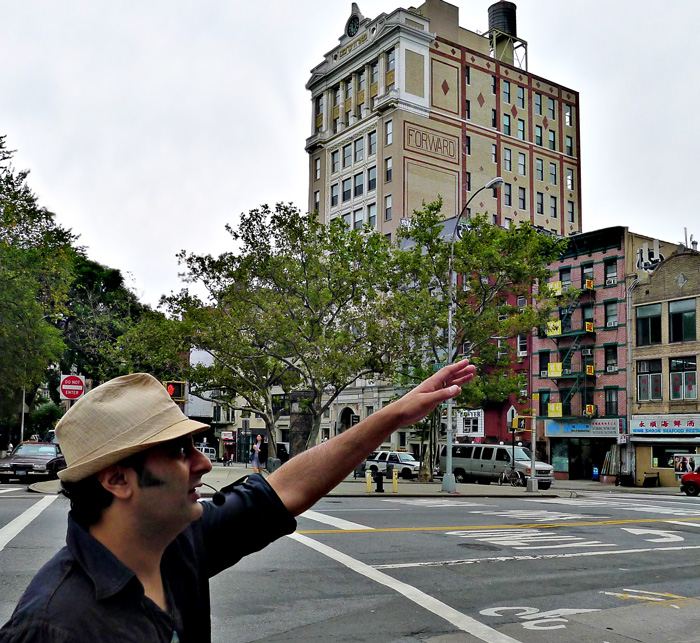 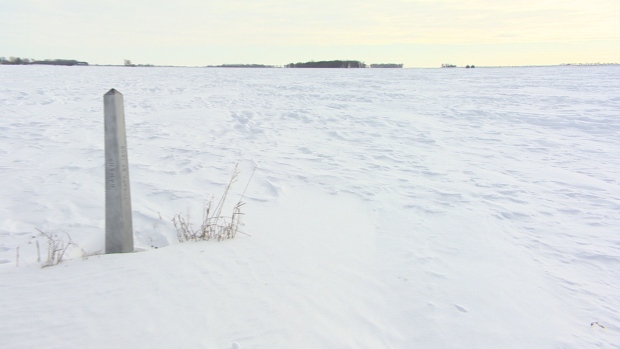 The post in the foreground marks the border between the Canadian province of Manitoba and the state of North Dakota; the farm fields in the background are in North Dakota. Last weekend, 22 refugees, mostly from Somalia, walked for miles through these fields in below-zero cold and waist-deep snow, attempting to escape the United States and find freedom in Canada.

In 2016, more than 400 refugees crossed the border here, in hopes of being granted asylum in Canada. Thousands more attempted the crossing elsewhere along the northern edge of the United States.

A common story behind this journey involves fleeing a war zone or other hellish homescape and eventually making it into the U.S., usually by way of Mexico. The refugees plead for asylum and are taken into custody; they are imprisoned for a year or more, during which time contact with their families back home is extremely limited. In fact, communication with the outside world is so limited that they find it impossible to properly prepare their asylum paperwork.

Eventually, they may be released under restrictive orders, pending an asylum decision. Their petitions are judged inadequate, their claims rejected, and they are ordered to report for deportation back to Somalia, Eritrea, Djibouti, or whatever land they had fled.

Instead, they head north. Canada and the U.S. have had a treaty since 2004 called the Safe Third Country Agreement, which basically says that refugees just get one shot at filing for asylum, either in Canada or the U.S., whichever they come to first. But the refugees argue that the U.S. isn't really a safe haven and keeps refugees locked up and unable to obtain documentation needed for their claims; Canada, they say, has a fairer system.

As long as the treaty is in effect, Canadian border agents have to turn over would-be asylum-seekers from the U.S. to U.S. agents. So the refugees can't enter Canada by road. They walk through woods or fields, or in some cases swim, across the border in between offical crossing points, and then they turn themselves in to the Royal Canadian Mounted Police.

The police call in organizations to help find housing and other support for the border-crossers. Immigrants from their homelands are contacted, to help with employment and translation. Advocate groups help with the asylum paperwork. Border towns, such as Emerson, Manitoba, the settlement closest to the fields shown here, are sometimes called on to provide emergency food and shelter.

On Christmas Eve, two men facing deportation back to Ghana, where one of them said he would be killed because he was a homosexual, paid a cab driver $400 in Grand Forks, North Dakota, to drive them to the border. The driver let them out near this field in a snowstorm, with wind chill far below zero.

For seven hours, they struggled through snowdrifts to cross the field. Only one of them had a hat; neither had gloves. When they finally crossed the border and came to a road, they spent three hours trying to flag down a passing vehicle. Finally, a truck driver stopped for them and called 911.

Both men are still in the hospital in Winnipeg, where they face amputations from severe frostbite. One has been told he will lose all his fingers and at least one toe. Still, they say, their situation is far better than it would be back in Ghana.

This refugee railroad, headed north to freedom, predates the election of Donald Trump. But there is now much greater interest in sneaking into Canada even by asylum-seekers who have not yet had their claims rejected; they fear that even if somehow they can manage to stay in the U.S., their families will never be allowed to join them.

There is also increased interest among Canadians in ending the Safe Third Country Agreement, in light of recent evidence that the U.S. can no longer be considered a safe destination for many refugees.