You don't even need the cardboard glasses 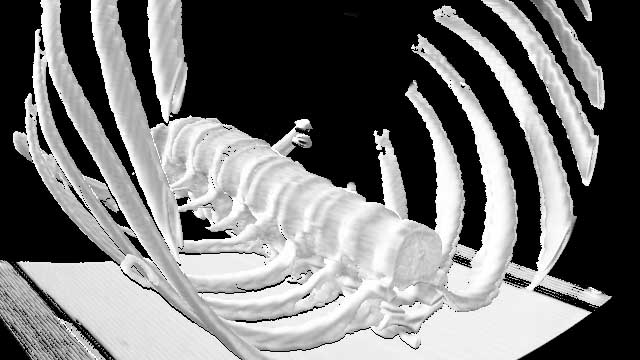 The first commercial use of Colin Doody's software might be medical; doctors could use it to visualize C-T scans and ultrasounds in lifelike 3-D. But it could be that the first commercial applications will come in the defense or geospatial industries; 3-D renderings from photos or satellite images would permit the interactive, virtual-reality sort of understanding of buildings and terrain that has been heretofore limited to video games. For that matter, video-game makers might be the first to use this software on a large scale; to them, the benefits of quick-and-easy generation of 3-D imagery are pretty obvious.

And then there are all the e-commerce folks who could use the software, which is called Luster, to help customers see contemplate all the angles on products in a catalog.

A final group of potential Luster-users is . . . all of us. Much of the stuff on our computer screens could come to life, so to speak, in 3-D. We could download a free little Luster player, much like a Flash player, that would unlock the special effects in all sorts of software created with Luster.

Somewhere in all this, there's got to be some money, figure Colin and a handful of his college friends from Rochester Institute of Technology, the principals of Darkwind Media Company. Already, they're bringing in enough income to support themselves while they work fulltime polishing their product and growing their business.

It's a lot of work.  "Starting a business has meant doing everything," one of the Darkwind guys recently told a reporter for the Rochester Democrat and Chronicle. "Marketing, financial books, keeping current clients happy, all while sitting in front of a computer eight hours a day programming."

The rib cage shown here was created using Luster, from two-dimensional "slices" of a C-T scan.