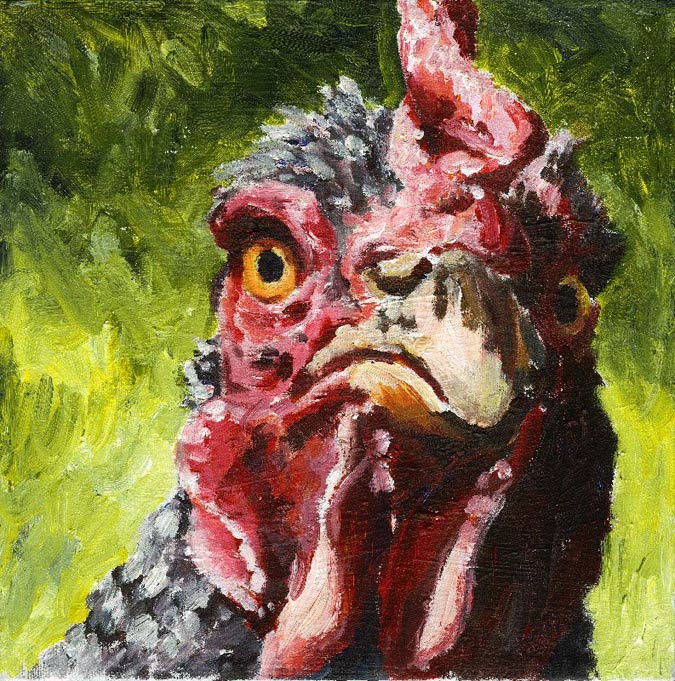 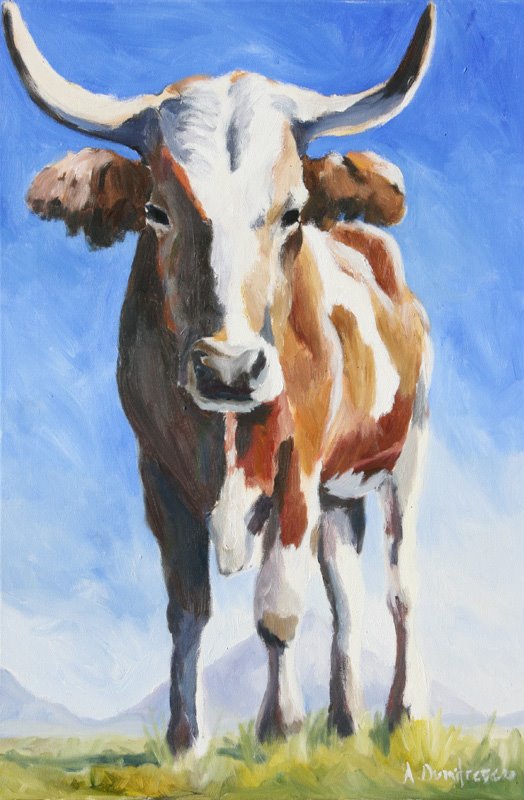 Several of you asked to see more work by our Romanian Northern Irish West Texas friend Avram Dimitrescu. He calls this acrylic painting "Longhorn and Mountains."

For many more images, see Avram's blog and his portfolio website. He doesn't just paint chickens and cows, though I might be satisfied if he did; he's also got  paintings and drawings of landscapes, buildings, vehicles, food, and the digging arm of an excavating machine.