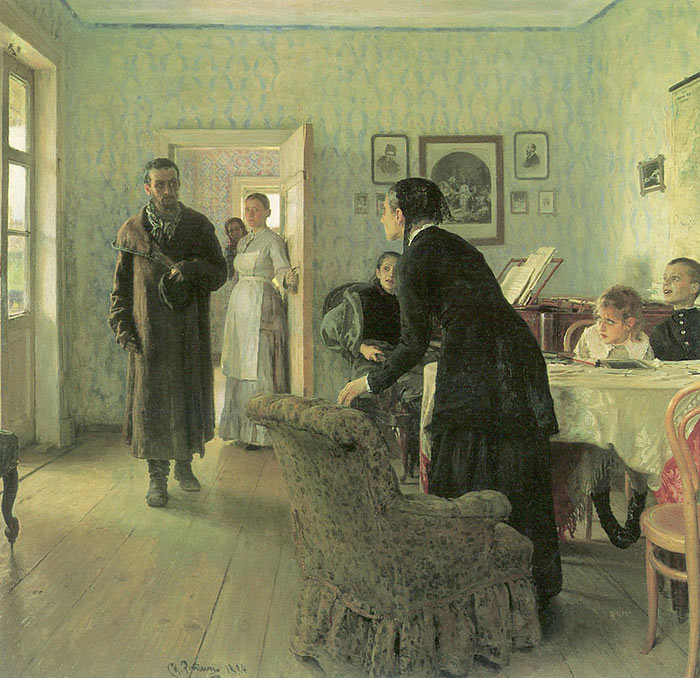 They Didn't Expect Him, by Ilya Serin, 1883. A revolutionary returns home unexpectedly from political exile, setting up a cinematic sort of family scene.

The man's mother rises to greet him. The little girl, his younger child, seems a little frightened; perhaps he has been gone so long that she doesn't recognize him. The boy, a little older, looks thrilled. The man's wife, sitting at the piano near the door, is startled and confused; perhaps she had given him up for lost. Perhaps too, she has been angry about his political obsessions that left the family abandoned for so long. The servants are watchful, eager to see what happens next.

The man himself looks haggard and unsure of himself. His return is not triumphant; perhaps it's not anything at all like what he might have imagined while he was away. Can he pick up the pieces of his old life? Will his wife welcome him back? What about his political and intellectual life, which had led to his exile? What does he do now?