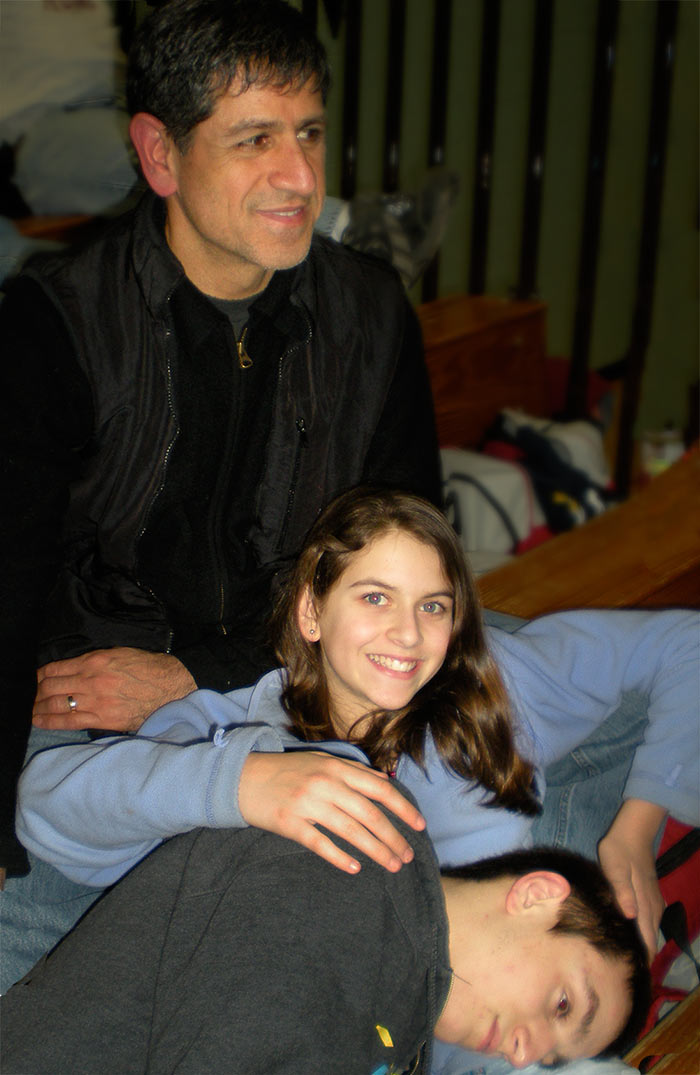 After a rough day on the mat last Saturday at the tournament in Essex Junction, Vermont, Arjan Nekoie settles down in the bleachers with his family while the remaining wrestlers battle it out. Arjan rests his head in the lap of his little sister Shadhi, who leans back in the lap of their father, Bahman.