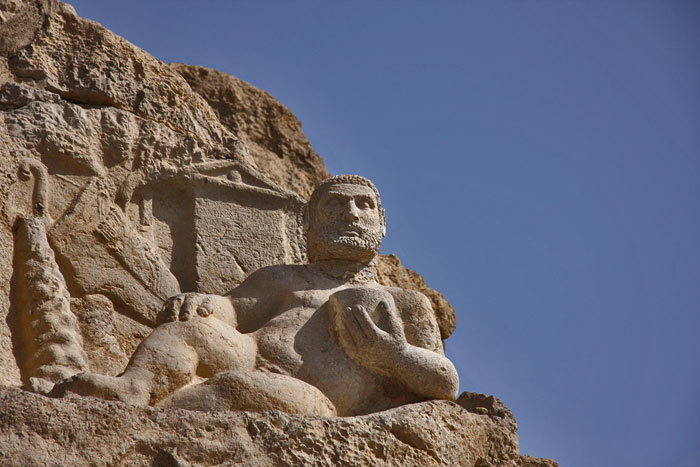 In 1958, road construction along this hillside in Bistoun, Iran uncovered a two-thousand-year-old carving of a a recumbent Hercules, in the nude. The Greek inscription on the tablet behind Hercules's shoulder helped date the sculpture to approximately 150 B.C.

There is a lion lying here alongside the hero, difficult to make out in this photo, except for the tail at upper left. Hercules is actually resting one arm on the lion's head. His weaponry--club and quiver--are leaned against the lion's rump. Hard to say what the man is drinking, but he's clearly been eating well.