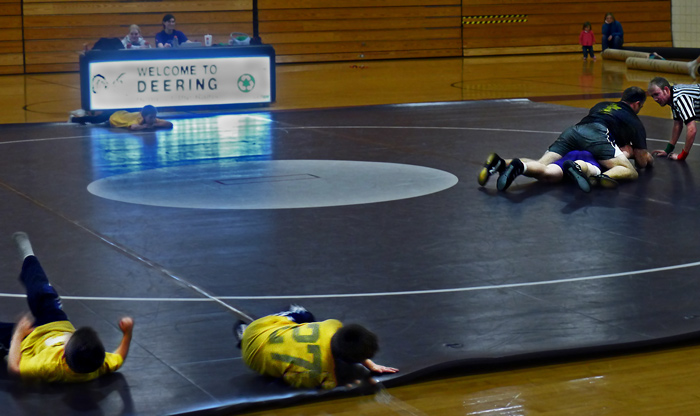 The twins rolling around on the mat at lower left are imitating their father's winning wrestling moves at right, during Deering High School's annual alumni wrestling meet last week.

For many alumni of Deering's storied wrestling program, this meet is their only chance to lace up their old wrestling shoes and see if they've still got what it takes. Coach Kirk, who's been running the show at Deering for more than thirty years, matches up each alumnus against a member of the current varsity squad; the wrestling is vigorous but not particularly intense, because Coach always rigs the matchups to favor the old guys. This year, as in most years, the alumni won every bout.