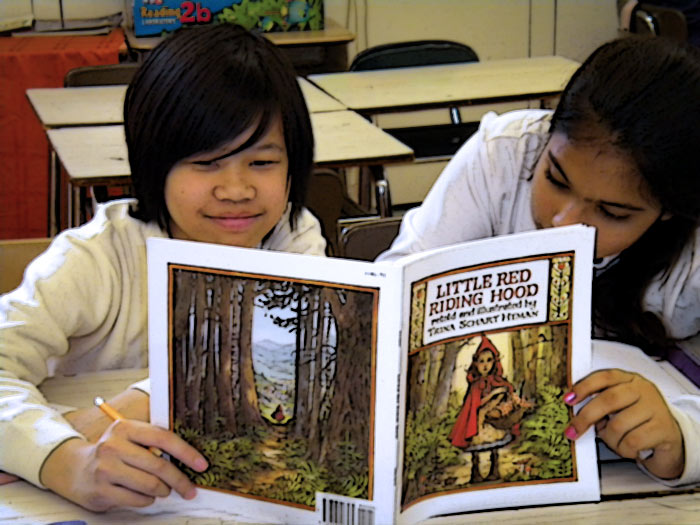 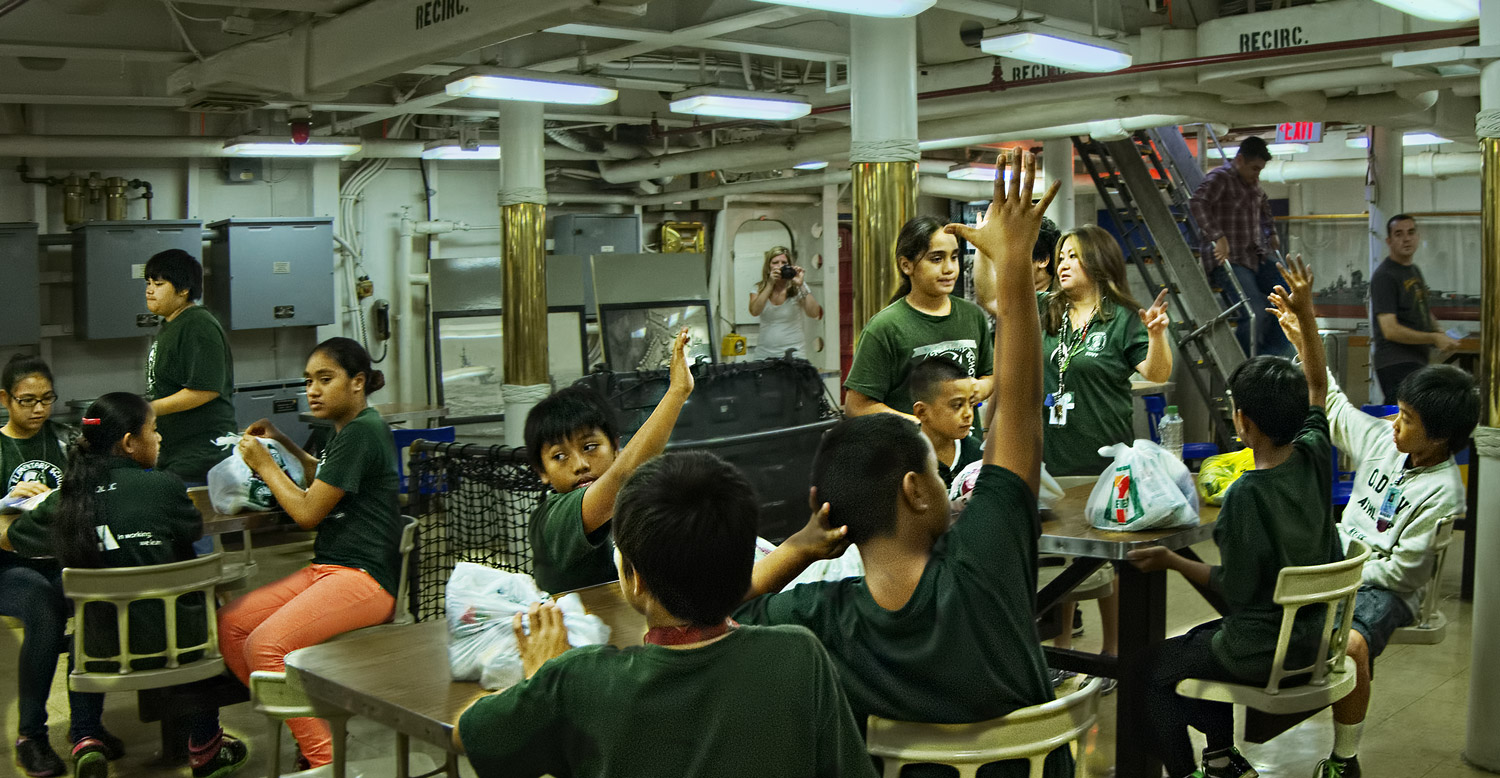 Some of the middle school students participating in their class field trip to the battleship USS Missouri in Pearl Harbor, Hawaii, appear enthusiastically prepared to answer their teacher's question. Of course the question might be: Who's ready for lunch?

The students are seated in one of several mess halls deep in the ship; several ladders above them is the deck where the Japanese surrendered on September 2, 1945, to Gen. Douglas MacArthur and representatives of all the Allied powers, finally ending World War II. The American flag flown that day at the ceremony had only 31 stars and was hung backwards, stars at upper right; it was the original flag brought to Tokyo by Admiral Perry in 1853 when Japan was first opened to international trade, and it had frayed so badly over the years that one side of it–the right side–was sewed over with a protective linen covering, leaving only the reverse side for display.

Just below the deck where the ceremony took place is a dented spot in the hull. Six months before the surrender, during the bombardment of Okinawa, a kamikaze pilot had crashed into the Missouri, losing a wing off his plane and starting a gasoline fire aboard ship. The fire was quickly put out, and the ship was only dinged, not seriously damaged; the pilot, however, did not survive. The story is that the Missouri's captain, William Callaghan, had to rescue the pilot's corpse from sailors attempting to summarily dispose of it; Captain Callahan insisted on a full funeral service for the pilot, with military honors and burial at sea. The dent in the hull was never repaired.

After World War II, President Truman decommissioned every other battleship in the navy but insisted on maintaining the Missouri in active service, over the objections of military advisors. Battleships had no role to play in postwar navy planning. The Missouri was sent to Korea, however, during that conflict. It was then mothballed–but returned to duty one last time in 1984 during President Reagan's military buildup. It provided artillery support during the First Gulf War before being finally deactivated.

Since 1998, the Missouri has been a major tourist attraction at Pearl Harbor, as well as a school field trip destination. And there's plenty on board for the schoolchildren to see: big guns, tall stacks of bunks, signs insisting on short showers while at sea, and, of course, the backwards flag and the dent in the hull.

Up top, on deck underneath some of those big guns, a few members of the Marine Band entertained the tourists. The day we and the middle schoolers visited, the band played "Jingle Bell Rock," but now that it's springtime, the setlist has probably changed. 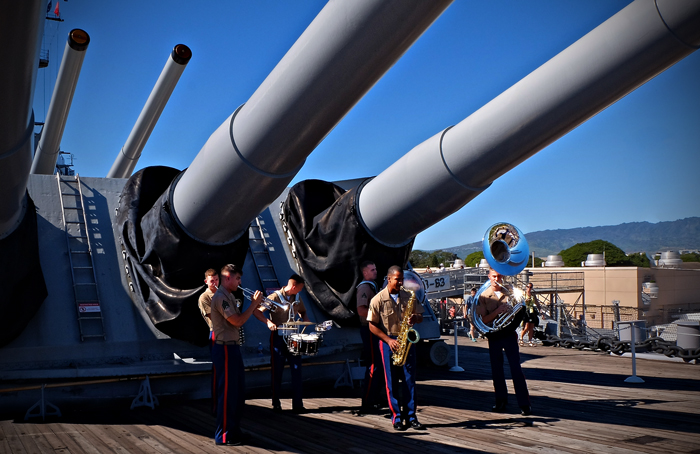