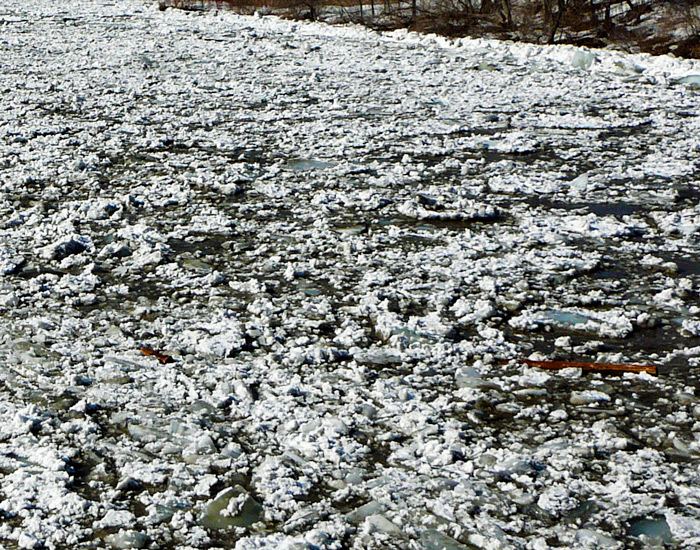 On the afternoon of March 7, 2009,  the ice went out on the White River in South Royalton, Vermont. For hours, the river roared and groaned, as its thick cover of winter ice was ground to bits by rampaging ice chunks from miles upstream. By the next morning, the river ran free, except along the banks, where rocks and logs had snagged some of the frozen slabs and beached them on dry land. Over the next few weeks, the jumble of beached ice melted very slowly, and then it was really spring. 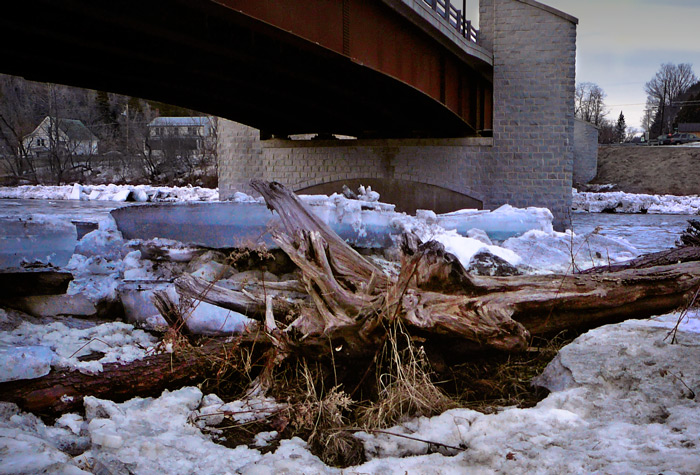